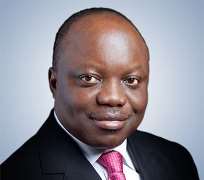 Barring any last minute change of plans, there is authoritative report that former Delta State Governor, Mr Emmanuel Eweta Uduaghan will be running for 2019 senatorial ticket under the All Progressive Congress (APC).

According to a very reliable source from the ex governor camp, the initial idea was to allow his cousin who bears same name with him, Emmanuel Uduaghan, a known land grabber and land documents forger to go for the Senate, before it was finally ditched.

The information relayed revealed that the former number one man in the state is very confident that Mr Ifeanyi Okowa who succeeded him will probe his reckless financial days in office if he succeeds in coming back a second time, and needs power at the Federal level to be able to fight the battle ahead.

Despite repeated assurances from Uduaghan to close allies that he won’t decamp to the All Progressive Congress (APC), being a founding member of the Peoples Democratic Party (PDP) in the state, credible sources who he dines with disclosed that he would contest the Senate election under the PDP, but he’s certain of losing, as Okowa is going to give the ticket back to Senator James Manager who is currently occupying the position.

As soon as Manager is declared the candidate of the PDP, Uduaghan will use the excuse to decamp to the APC where he would be offered the ticket as already planned with them.

There is already disenchantment in the Okowa led government even by those close to him, who feels he betrayed them to work for him, but only empowering his Ika and Anioma brothers. This is what Uduaghan is hoping on to coast to victory, as people from the Delta South Senatorial district are not likely to work for him if he decides to contest for Second term. The corruption index in the current government has reached an all time high, than it was under Uduaghan, prompting the possible chances of Uduaghan and Manager gunning for fifty-fifty.