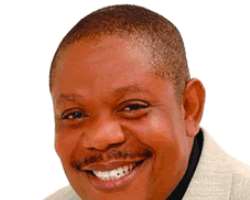 With experiences and ideas gathered over the years while attending film festivals around the globe, Hope Opara is poised to host the first ever Eko international film festival between July 7 and 12, 2010. His passion and journey into the world of film festivals began in November 2008, when he attended the 30th edition of the Nantes film festival in France.

He later raised the stakes when he attended the 62nd edition of the Cannes Film Festival, and had a memorable encounter with super star actress, Angelina Jolie. He happily documented the life changing meeting in Supple magazine, which he started publishing and editing since August 2008, after six years experience as a successful printer.

Hope returned home with the motivation to launch a new film festival buoyed by the much publicized report of Nigeria as having the largest movie-making industry in Africa and the second largest in the world.

“A close associate of mine came up with the name: Eko International Film Festival. He posted it online in August 2009. By the following month, it was duly registered by me. Both of us had never undertaken any film festival project before now and knew definitely that we would be needing help.”

He eventually found a mentor in the person of Bruno Chatelin, co-founder of filmfestivals.com, a web portal launched in 1995. Bruno was in charge of the launch of over 250 films during his tenure as Marketing Director and Managing Director for Columbia TriStar Films and Twentieth Century Fox.

After meeting Bruno in Paris, they sealed a deal that makes filmfestivals.com a media partner to Eko international film festival, a feat Opara described as an unprecedented morale booster that would help realize his dream of turning his festival into a world-class gathering of movie people.

To network and gather more experience for his forthcoming festival, Opara returned again to Europe for the Rotterdam International Film Festival in the Netherlands, as well as the 60th edition of the Berlinale, in Germany. “I now feel convinced that I could put together a successful world-class film festival.”

Hardworking Opara had this to say on funding: “We are making sacrifice towards raising the needed funds for Eko International film festival, and what we need most is money to host the filmmakers and accredited journalists and enough to rent the halls we would need to screen selected films.

We need over a million dollars to make this dream of a mega film festival a reality.

We have started the fund-raising drive. We are seeking the cooperation and support of local and international sponsors. We have attracted the interest of some Nigerian banks and we expect to close deals with some prospective sponsors shortly,” he explained.

Interestingly, news of the forthcoming festival is currently spreading within and outside Nollywood, especially on the internet and Hope Opara is upbeat. “Eko international film festival will provide exciting new business and tourism opportunities. It's going to be great fun for filmmakers and lovers of films in Nigeria and many thousands of film aficionados coming from outside our shores. The festival will definitely be a plus for Nollywood and Nigeria