Till Debt Do Us Apart 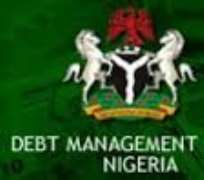 The recent request from President Buhari for legislative authorization for an external borrowing of almost $30bn is a sharp reminder that history truly moves in circles and that human memories are short. It should be recalled that Africa’s debt overhang was partly blamed for why the1980s and the 1990s were regarded as lost decades for the continent. The argument was that due to Africa’s high level of indebtednessresources that could have been used to develop the continent were being used to service debts. In fact by the 1990s, the word ‘crisis’ was being used to describe Africa’s debt burden. At that time it was estimated that the continent’s total external debt was $230bn – about 13 per cent of what the country now wants to borrow in one fell swoop.

There were several studies on how the continent’s debt burden was impacting on ordinary people. Some of the very impactful of such studies included Susan George’s A Fate Worse Than Debt (1988) and Katama G.C. Mkangi’s The African Debt Crisis: A Radical Human Perspective (1993). These studies articulated very powerfully and emotionally the social costs of the debt crisis. Basically they argued that debt-induced economic austerity was destroying the lives of countless people in the so-called Third World countries, especially in Africa. They also showed that those bearing the brunt of the debt burden were people who did not benefit from the loans and that the continent was spending as much as four times on debt repayment as it did on say healthcare. It was argued that high level of debt servicing meant that repayments to Western creditors were prioritized over the lives of ordinary people. It was also argued that people’saccess to education and employment was restricted by a chunk of the national resources being diverted to servicing debts.

Based on studies and polemics like the above, scholars and activists began calling for debt relief, arguing that in the highly indebted poor countries (HIPCs), the scale of unmet social needs are simply too vast and the rate of progress on human development too slow that it should not leave anyone in doubt about the need for something to be done about the debt burden. The United Nations Children’s Fund for instance estimated at that time that about 1000 people were dying daily in Africa because of the debt crisis.

The concern about Africa’s debt burden moved quickly from being an academic concern to something that was to engage activists. Campaigns flourished globally, especially in the Western world - allchallenging international creditors to cancel the debts of the world’s poorest countries. One of the most impactful of these civil society groups was Jubilee 2000, which was set up in London in 1994 and which campaigned vociferously for international creditors to cancel the unpayable debts of the world’s poorest countries by the end of the year 2000. The group mobilized international petitions in several languages asking creditors to cancel ‘Third World’s’ debts under fair and transparent processes.

Owing to pressures from campaigners, the International Monetary Fund (IMF) and World Bank set up the $7-10bn Heavily Indebted Poor Country (HIPC) Initiative in 1996 in a bid to provide relief to some of the world’s poorest countries experiencing difficulties in debt repayments. Meanwhile, Jubilee 2000 was becoming more influential, having won the support of churches and key NGOs. For instance at the G8 Summit in Birmingham, England, in 1998, the group mobilized over 70,000 supporters to form a human chain around the building where the annual G8 meeting was to be held. The same day it presented 1,500,000 signatures from over 50 countries to Clare Short, the UK’s International Development Secretary at the time. Just a few hours later, the leaders of the G8 announced that it would cancel $50bn of the debts of the world's poorest countries.

The above is very important in understanding the context in which Obasanjo in 2005 negotiated for the cancellation of $18bn of the country’s debt by agreeing to pay off, in instalments, $12bn for its $30bn loan to the Paris Club. It is also important in situating the current conversation on whether the National Assembly should approve the President’s request for $30bn external loan or not. The conversation about the President’s loan request cannot be very meaningful if it is divorced from the context of Africa’s debt crisis of the 1980s and 1990s. I also feel it will be wrong to ossify this important conversation into a simplistic binary of those supporting or opposing President Buhari and his initiatives. In this unhelpful binary, those who oppose the loans are automatically opponents of the President and his agenda while those who support it are loyalists or supporters of the President.

There are several issues that demand clarification:

One, the immediate thing that comes to mind, giving the above context, is a legitimate concern on whether the country is deliberately putting its finger on a trigger called ‘self-destruct’. What will the activists who campaigned for Africa’s debt forgiveness and debt relief in the 1980s and 1990s be thinking of us if we go for this heavy loan? It should be recalled that one of the arguments of those who opposed debt relief to African countries in the 1980s and 1990s was that forgiving the debts would not guarantee that the affected countries would not accumulate fresh debts, which would necessitate another round of campaign for debt forgiveness. By going for this loan – the total amount of our debt to the Paris Club which we exited in 2005 – are we not proving the Afro-pessimists right? It is especiallysaddening that this new round of debt accumulation is coming after a period of Afro-optimism in which seven out of the ten fastest growing economies in the world were in Africa. Nigeria itself was listed as one of the likely breakout economies in the world: in 2005, it was listed as a member of the Next Eleven (also known as the N-11). The N-11 are eleven countries – Bangladesh, Egypt, Indonesia, Iran, Mexico, Nigeria, Pakistan, Philippines, Turkey, South Korea, and Vietnam – identified by the British economist Jim O’Neill in a research paper on December 12 2005 as having a high potential of becoming, along with the BRICs, the world’s largest economies in the 21st century. It was also included in the MINT emerging economies in 2014. MINT is a neologism referring to the economies of Mexico, Indonesia, Nigeria and Turkey. The term was originally coined by the Boston-based asset management firm Fidelity and popularized by Jim O’Neil, a former Goldman Sachs analyst, who had in 2011, coined the acronym BRIC to refer to the economies of Brazil, Russia, India and China. BRIC was later turned to BRICS when South Africa was bracketed into the group. So with the desire to take such a huge loan, one would be tempted to ask: How are the mighty fallen?

Two, while I sympathize with the government’s desire to spend its way out of recession, question should be posed about how this money should be repaid. For instance latest figures from the Bureau of Statistics showed that the country’s Gross Domestic Product (GDP) shrunk by 2.24 per cent in the third quarter of 2016. It had shrunk by 0.36 per cent in the first quarter and by 2.06 in the second quarter – the country’s worst economic outlook since 1991. Given this scenario, does the country reallyhave the capacity to repay? Does it have a history of prudent management of resources? Does it have the capacity to utilize the resources effectively? Has it exhausted other sources of raising money to reflate the economy? The idea that the loan will be used to improve the country’s infrastructures and that this in turn would spur industrial growth that will give us the ability to repay, is too theoretical.

Three, how can the government be asking for loans when some of the root causes of the current economic crisis have not been adequately addressed? By this I mean not just the resolution of the Niger Delta problem that has led to a drastic drop in oil production but also some policies that clearly hurt the economy such as the current mode of fighting corruption, which as well intentioned as it may be, actually has the unintended effect of discouraging investment.

Four, since the beginning of this recession, we have been regaled with promises that the country was about to turn the corner. Many of us wished so and would also want to talk up the economy, realising the role of sentiment in upturning a comatose economy. Unfortunately with a third consecutive quarter of negative GDP growth, I think we may be better off thinking out of the box. Loan money is cheap money. It is devil’s excrement in the same manner as oil money is. It is very unlikely to be very judiciously used.