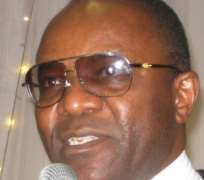 BEVERLY HILLS, November 22, (THEWILL) – The Senate on Tuesday summoned the Minister of state for Petroleum Resources, Dr. Ibe Kachikwu, to provide a detailed explanation on different Memoranda of Understanding, MoU, signed with some Chinese oil firms and the proposed one with India.

Kachikwu was asked to appear before the Senate Standing Committees on Petroleum (Upstream); Gas; and Foreign Affairs to explain the terms of the deals and their anticipated impact on the Nigerian economy. Meanwhile, no date has been fixed yet for the Minister's appearance before the Joint Committees of the Senate.

The resolution followed the adoption of a motion moved during plenary by Senator Clifford Ordia (PDP, Edo), tagged “The need for a detailed explanation of the $15 Billion proposed MoU with Indian Government and over $80 Billion MoU signed by Minister of State for Petroleum Resources with Chinese Firms”.

The Senate said it was aware that the minister negotiated a $15 billion investment with India where the Indian Government would make an upfront payment to Nigeria for Crude Oil purchases and that the two countries have agreed to sign an MoU to facilitate investments by India in the Nigerian Oil and Gas Sector and specifically in areas such as Refining, Oil and Gas Marketing, Upstream Ventures, the development of gas infrastructure and in the training of oil and gas personnel in Nigeria.

It noted that Kachikwu also carried out a road-show in China where MoU worth over $80 billion to be spent on investments in Oil and Gas Infrastructure, Pipelines, Refineries, Power, Facility Refurbishments and Upstream Financing spanning five years were signed with Chinese companies.

The Upper Chamber observed that outside the MoU for $80 billion investments, the two largest oil companies in China, Sinopec and CNOOC, signed investment MoU with the Minister thereby committing the companies to further investments in Nigeria's Upstream Oil Sub-sector to the tune of $20 billion.

In his remark, the Senate President, Bukola Saraki expressed appreciation for the initiatives of the minister, but harped on the need for transparency.