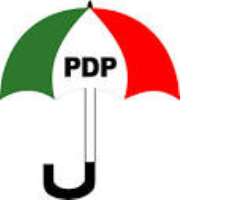 When the carnage and pogrom committed by the Nigerian Army at the instance of certain Ogoni opposition politicians against the Ogoni Communities particularly the Yeghe people in the wake of the recent inconclusive re-run elections in Rivers State was made public, not many believed it.

To some people, it was a fairy tale. And to others, it was yet another political gimmick to stigmatize certain persons and, or politicians for the purpose of currying political sympathy.

Not until this evil and inhumanity to man was forced to the notice and sensibility of some responsible Nigerians and the National Assembly by concerned persons and groups that it was considered giving a little attention.

It only took a few video clips of the heinous actions of the so called soldiers of the Nigerian Army against innocent children and women, including pregnant women murdered with careless abandon as though they were fighting in a battle field that the conscience of most Nigerians was pricked.

The revelations showed that the incident was even grossly under-reported.

Consequently, the National Assembly was moved to invite the Civil Liberty Organization (CLO) that anchored the petition for an interface.

The shocking findings have nonetheless compelled the House of Representatives to consider organizing a public hearing on the issue.

Invited to the public hearing are major characters in the incident, who are also the candidates of the All Progressives Congress, APC, in the forthcoming Legislative re-run elections in Rivers State.

While the controversy over who gave the unconstitutional order to the Nigerian Army for the slaughter of the hapless Ogoni people still subsists, the House of Representatives according to the law and in strict adherence to its oversight function may have for the sake of justice and posterity decided to ensure that all facts of the incident and those behind it are unmasked as a way of ensuring an end to such inhuman senseless killing of law abiding Nigerians.

But rather than receive and embrace such invitation with honour and joy that at last the evil against his own kin and kith (the Ogoni people) he is opting to represent in the National Assembly at any cost, is now on the front burner of public discourse, Mr. Magnus Abe is angry, agitated and offended, and is threatening fire and brimstone.

What does that tell you? Why the barking, you may wish to ask.

Rather than appreciate the House of Representatives for initiating the public hearing, Magnus Abe has unwittingly taken on the Honourable Speaker of the House, YakubuDogara, alleging all manner of evil deeds against his person and office simply because the public hearing is expected to expose the facts andoffer the majority of Nigerians the opportunity to hear and see how he, Magnus Abe manipulated soldiers of the Nigerian Army with the obvious backing of his collaborators to kill and maim his own people just to stop them from voting in an election he was sure to lose.

‘Let the people be lost rather than lose the election,” remains his philosophy.

Very interesting and worthy of note, is the description of the killing of Ogoni people as a political narrative which the National Assembly is providing the visual images.

What an abominable desperation.
Not yet done, Magnus Abe said he will not attend the public hearing on the massacre of the Ogoni people because the Public Hearing is an abuse of constitutional powers of the National Assembly and constitutes a violation of their oath of office to do right to all Nigerians.

To him, to find out who and why the soldiers slaughtered his own people is to do the wrong thing and more provocative to Mr. Abe, the Speaker who is championing this cause happens to be his fellow APC member. He prefers that the evil be swept under the carpet as usual.

Mr. Abe’s words: “Painfully, hundreds of Nigerians are being murdered every day…………….with no comment by the House or Speaker. Yet committees of the House of Representatives at your instance are always in Rivers State to do the bidding of the PDP”.

This is the position of the person that wants to represent the Ogoni people, the Rivers people as a Senator in the National Assembly.

Has the PDP not been vindicated that someone somewhere is sacrificing the precious blood of the Ogoni men and women, youths and children on the altar of politics for political power at all cost?

The Rivers State Chapter of the Peoples Democratic Party, PDP hereby in very strong terms condemns the refusal of Mr. Magnus Abe and Mr. Barry Mpigito attend the House of Representatives Public Hearing on the action of the soldiers apparently, accepting responsibility for the army invasion of Ogonicommunities, which led to the death of innocent Ogoni sons and daughters, including pregnant women and some non-indigenes doing business in Bori, the traditional headquarters of Ogoni people.

They may have been overwhelmed by the volume of incriminating evidences against them, as may be presented at the House of Representativespublic hearing.

The PDP is therefore vindicated in its position that Magnus Abe and Barry Mpigi were responsible for instigating the soldiers to kill their fellowOgoni people just to advance their political interests.