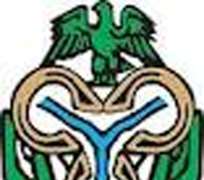 The Central Bank of Nigeria (CBN) has denied any involvement in some rumoured plans to amend the Foreign Exchange Act and sent Nigerians holding foreign currencies beyond 30 days.

This clarification came on Monday following reported plans to amend the Foreign-Exchange Act to provide for the imprisonment of anyone who holds foreign currencies, particularly the United States dollars, for more than 30 days.

'We have nothing to do with such legislation,' said Isaac Okorafor, Acting Director, Corporate Communications, who stressed that the CBN, in line with its mandate, was committed to safeguarding the international value of the country's legal tender currency.

He, however, denied knowledge of the proposed clause recommending a jail term for as long as two years or a fine of 20 per cent of the amount for any holder of foreign exchange in cash.

'To the best of my knowledge, the Central Bank of Nigeria (CBN) has not proposed any bill seeking to arrest and jail persons holding foreign exchange for more than 30 days,' Okorafor was quoted as saying.

He also denied that the CBN was planning to confiscate funds in domiciliary accounts of individuals, saying any such claim was false.

It will be recalled that media report broke suggesting that the Federal Government and the Central Bank of Nigeria were considering imprisoning anyone who holds foreign currencies, particularly the United States dollars, for more than 30 days as a way of stemming the volatility in the exchange rate and strengthen the international value of the Naira.

Meanwhile, the Senate has expressed shock at a recommendation by the Nigerian Law Reform Commission for a review of the Foreign Exchange Act in order to empower the Central Bank of Nigeria (CBN) to jail people for up to two years or fine them 20 per cent of the amount of the foreign currency in their possession for more than 30 days.

The Senate, in a statement Monday in Abuja by its spokesperson, Senator Aliyu Sabi Abdullahi, stated that with its focus on boosting investors' confidence in the nation's economy, such move as proposed by the commission that would deter investors from making free entry and free exit from the economy would be rejected by its members.

'The measure is disruptive and counter-productive, threatening to undermine many of the reform efforts already underway in the legislature and by government ministries intended to boost investors' confidence.

'The Senate would never pass such a punitive and regressive proposal. Overall, some of the commission's recommendations have many sound attributes and could help Nigeria's investment climate.

'We believe the CBN should have the authority to regulate the forex market and determine the exchange rate policy as already enshrined in its enabling Act.

'A market-oriented exchange rate policy is the best recipe for guiding the operations of the foreign exchange market. This will ensure the supremacy of market mechanisms in efficiently allocating the scarce forex resources,' the Senate stated.

It said it would continue to work with the executive to halt the worsening recession and return to economic growth.

A draft published on the website of the commission revealed that the government is seeking to amend the Foreign Exchange Act.

According to the draft, the central bank will gain more power to control in and outflow of foreign currencies, especially the dollar in the wake of a foreign currency crisis.