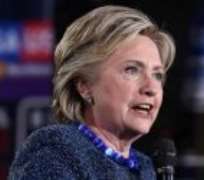 It’s been nearly two weeks since the November 8 general election, but the results have not remained static as ballots continue to be counted.

While the number of votes for both president-elect Donald Trump and his former Democratic rival Hillary Clinton continue to increase, the gap is widening, with Clinton expanding her popular vote lead over Trump.

According to new figures released by The Associated Press on Saturday, Clinton received more than 1.5 million votes more than her Republican rival.

Rounded off to whole numbers, that translates to 48 percent vs. 47 percent.