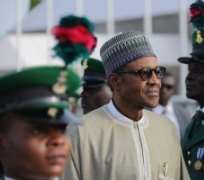 INDICATIONS have emerged  that the Federal Government might soon go after heads of revenue generating agencies that had been engaged in financial abuses and failure to remit huge amount of revenues generated by their organizations to the federal purse.

Vanguard reports that  the Federal Ministry of Finance, which has been studying the diversion of generated funds by the key agencies of the government, by Thursday night laid bare the matter before the National Economic Council, NEC, with convincing evidence that the nation had been short-changed by agencies engaged to generate revenue for it.

“In fact, this ungodly practice has been going on for over a decade, making the government to lose revenue in trillions of Naira and we have reached a point in this country to put a stop to the fraud and bring the culprits to account for their misdeeds,” the newspaper quoted a top Federal Government official as saying.

According to the report, the fraudulent practice is said to have been going on for over a decade, making some top MDA officials to smile to their banks and leaving the Federal Government with little or no revenue to meet its obligations to Nigerians.

And, apparently to get the process right and bring the suspected elements, and agencies that have been diverting huge government revenues for personal uses, the Office of the Accountant General of the Federation, OAGF, is said to have devised and put in place to monitor the generation of funds and disbursement by revenue generating MDAs.

The Vanguard further reports that a top administration officials said : “Already, some of the discoveries have been catalogued and forwarded to both the Economic and Financial Crimes Commission (EFCC) and the Independent Corrupt Practices Commission (ICPC) for further investigation and prosecution of those found wanting. “Some persons have been invited by the anti-graft agencies for questioning following some representations made by the Ministry of Finance. In the process of investigation, it was discovered that some of the organizations hide under existing legislations that permit their use of a fraction of what they generate as running cost to fritter away as much as 90% of the total revenue they generate, even when the Federal Government is still directing funding both capital and recurrent expenditure of such agencies.

“Apart from outright embezzlement of funds, it has been discovered that some of the organistions indulge in very irregular financial activities including paying salaries above RMFAC specifications, converting official cars to personal ownership, monetizing medical allowance arbitrarily, paying for unapproved overseas travels and lavish training allowances, granting excessive personal loans as well as cases of unapproved mortgages.

“It was learnt that in some cases, brand new cars were sold out two months after purchase at 25% of cost price; while hospitals that rake huge revenues from medical bills remained without functional generators and basic facilities whereas the revenue generated had been frittered away on frivolous subheads. It might interest you to know that for some time now, both the OAGF and the RMFAC have been carrying out subtle auditing of the revenues of the Nigerian Customs Service (NCS), Nigeria National Petroleum Corporation (NNPC), Federal Inland Revenue Service (FIRS), the Nigerian Ports Authority (NPA), Federal Government-owned Hospitals and schools and have discovered mind-boggling financial abuses, including misappropriation of funds and outright fraud.

But apparently trying to bring the hidden matter to the fore for the first time, the Minister of Finance, Mrs Kemi Adeosun on Thursday confirmed the financial brigandage of the RGAs when she briefed the National Economic Council (NEC). She told NEC that her Ministry and RMFAC were working together to rein in the abuses pointing out that the agencies which often raise more than N1.5 trillion, about a quarter of annual national budget, squandered more than 90% of those earnings on frivolities.