Opposition goes off kilter in Anambra as Obienyem, Obi’s Aide caught in Show of Shame 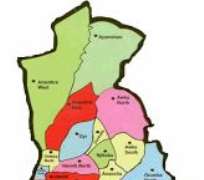 when it hurriedly published misleading pictures of former Vice

Willie Obiano of Anambra State had chartered it for a trip to Abuja.

Shortly after Atiku’s plane touched down at the Akanu Ibiam

and quickly forwarding them to the camp’s social media assassin,

with the name APGA Alaigbo.
The story and photographs of the aircraft quickly generated a furore

Ndi Anambra against their governor.
Many social media users who follow the invidious reports of APGA

Alaigbo have finally discovered the unholy alliance between the

shadowy Awka-Etiti born Stanley Chria who masquerades under that

Facebook handle and Val Obienyem who are heavily funded by former

that Anambra is his private farm.
Atiku’s close aides reported that the former Vice President feels

unscrupulously put his private vessel in needless limelight and

unwanted controversy. The aircraft had brought Alhaji Atiku and Okey

Ezeibe, a prominent Anambra born businessman to Enugu for an onward

gang had misinformed Ndi Anambra that he had chartered was still

parked on the tarmac.
Many people in Awka are shocked at the audacity of Obienyem’s growing

menace under the directive of Peter Obi, a Papal Knight who recently

of the people. Many people find it incredulous that Obi could be

working assiduously to bring down a government he installed, deploying

all his resources in the process, deploying his media handlers to tear

down his successor’s achievements with misleading stories while

projecting a lamblike image to the people.
They recall that recently the man Obi is bent on bringing down just to

camp anymore and to treat him with the highest respect. That directive

social media as well as the print media.
Most political observers in Awka are miffed that despite the

the former governor has remained implacable, rolling out a huge war

get a second term in office.
Chike Ofordile, an Awka resident expressed outrage at the corrosive

influence of Obi’s team in Anambra State. “Anambra is too big for

Peter Obi to treat like a piece of real estate. If he wants a farm, he

be Lord of the Manor. Peter Obi cannot continue to trample down on all

of us for ever. He is not the only man who has money in Anambra State.

And if he thinks that he can force us all to abandon Obiano, he must

Obienyem is the one behind all these misleading reports on Obiano. He

lies. When they were in power here, Awka looked like a rustic hamlet.

Now, Obiano has turned Awka into a beautiful city and they want to run

him out of office. They are jokers! A thousand useless stories from

Obiano,” she declared.
Anambra promises to be an interesting scenario as the gubernatorial

race schedule for 2017 draws nearer. Although many pundits argue that

Obiano’s achievements are enough to earn him a second term, it remains