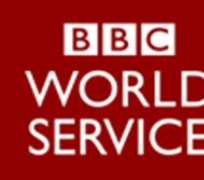 The BBC World Service today announced its biggest expansion since the 1940s in a move designed to bring its independent journalism to millions more people around the world, including those in places where media freedom is under threat.

This includes the launch of six new African language services - Pidgin, Yoruba, Igbo; Amharic, Afaan Oromo and Tigrinya – and enhanced TV services including in Somalia with radio news for Ethiopia and Eritrea and a new digital mobile offer for Nigeria.

The significant investment in Africa over the next few years will see establishing co-productions and commissions with local independent producers as well as training and mentoring for the next generation of African journalists.

Five other language services will also launch as part of the expansion including: Gujarati, Korean, Marathi, Punjabi and Telugu. This means the BBC World Service will be available in forty languages including English. The expansion will also mean more journalists on the ground in locations across the world.

The BBC World Service will also expand its digital services to offer more mobile and video content, a greater social media presence and new ways of reaching its audience around the globe.

The BBC also goes live today with a full digital service in Thai, following the success of the Facebook-only ‘pop-up’ service launched in 2014.

The expansion includes plans for the BBC to:

Tony Hall, Director-General of the BBC, said:
“This is a historic day for the BBC, as we announce the biggest expansion of the World Service since the 1940s. The BBC World Service is a jewel in the crown – for the BBC and for Britain.

“As we move towards our centenary, my vision is of a confident, outward-looking BBC which brings the best of our independent, impartial journalism and world-class entertainment to half a billion people around the world. Today is a key step towards that aim.”

“Through war, revolution and global change, people around the world have relied on the World Service for independent, trusted, impartial news. As an independent broadcaster, we remain as relevant as ever in the twenty-first century, when in many places there is not more free expression, but less.

“Today’s announcement is about transforming the World Service by investing for the future. We must follow our audience, who consume the news in changing ways; an increasing number of people are watching the World Service on TV, and many services are now digital-only. We will be able to speed up our digital transformation, especially for younger audiences, and we will continue to invest in video news bulletins. What will not change is our commitment to independent, impartial journalism.”

The BBC World Service will focus particularly on increasing audience reach with younger people and women.

The BBC’s Director-General has set a target for the BBC to reach 500m people worldwide by its centenary in 2022.

This expansion is a result of the funding boost for the BBC World Service announced by the UK Government last year. Further details of the new services will be announced in due course. The first new services are expected to launch in 2017.