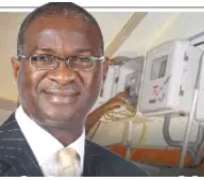 In spite of the erratic power supply in the country, the Power Holding Company of Nigeria (PHCN) early this year increased its tariff structure, thus worsening the hardship currently faced by its teeming customers.

For residential customers under R2 class within Abuja Electricity Distribution Company no longer pay N702.00 fixed charge every month; instead, their charge increased by N9.60kwh.

The residential customers in R2 category within Eko and Ikeja Electricity Distribution zones longer pay N750. 00 fixed charges. They are now paying N10kwh and N8kwh increase in their energy charges. The burden of N800.00 and N750.00 fixed charges was removed from Kaduna and Benin electricity consumers, while they got an increase of N11.05kwh and N9.26kwh in their energy charges.

The 45 per cent increase in electricity tariff with effect from February 1, 2016 is unsettling for many Nigerians, especially consumers paying with estimated bills. While the Nigerian Electricity Regulatory Commission (NERC) said that increase in tariff will enhance service delivery and customers’ satisfaction, a large number of consumers, especially manufacturers, are calling on the Federal Government to provide prepaid meters for the people as a matter of urgency. Distribution of prepaid meters to consumers in order to stop estimated billing system has not been done for years now.

Many households and industrial concerns have opted for alternative power supply in the face of worsening power crisis. A London-based magazine, African Review of Business and Technology, once revealed that Nigeria topped the list of generators importing countries. According to the report, Nigeria accounted for 35 per cent or $152 million of the total $432.2 million spent by African countries on generator imports in 2005.

Manufacturers, need constant electricity to carry out production. At the moment, manufacturers generate electricity by themselves using power generating sets and spending huge amount to purchase diesel on daily basis. Over 40 percent of their total cost goes into power generation.

Power supply now is still erratic, and power disruption completely disrupts production process, which makes manufacturers incur huge losses. For example, if you are producing and suddenly power goes off, everything at that process is destroyed, thereby making you incur losses.

The prohibitive cost of doing business in the country is largely as a result of erratic power supply. For instance, capacity utilization, which was 32.4 per cent in 1998, dropped to 22.7 per cent in 2006 and has not improved ever since. Besides, many neighborhoods, particularly Lagos and Ogun states procure their own transformers, poles, cables and other equipment. They also pay PHCN to power their communities and periodically levy members for the maintenance of electricity facilities. After such heavy expenses, PHCN, unabashedly, still bring its bills.

From all indications, it seems, PHCN may have transferred the burden of its various bad debts to its faithful customers. The utility, in particular, is owed billions of naira by the government and many of its agencies. Military and the police units are said to top the debtors' list. If massive debts owed the company are recovered, the company will be more viable and perhaps would have spared its customers further tariff hike and crazy billing

However, my worry is that increase in power tariff is too frequent and does not usually commensurate with the quantity of electricity the power companies give us, meaning, we are actually paying for what we are not using. For example, increase in electricity tariff in the past did not bring about increased in electricity supply for consumers.

It amount to official robbery for the PHCN to collect tariff for services not rendered. The tariff hike should only be allowed when supply has increased appreciably.

More so, there is need to implement the Power Sector Reforms Act to boost power supply, improve services and the decay in the sector. There should be equal emphasis on efficient transmission and distribution. The government should identify all cases of embezzlement and failed projects and bring perpetrators to book.

To stop the current arbitrary charges by PHCN, prepaid metres should be made available to all customers. The official extortion should stop. PHCN customers should be made to pay only for what they consumers and at reasonable rates.