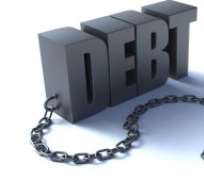 After more than a year with the emergence of current administration of President Muhammadu Buhari, Nigerians are getting impatient and complaining that the change mantra is not translating into food on the table. Going by current realities, the Nigerian economy does not only require technical economic recovery plans but also urgent implementations of palliatives as the hardship on the side of masses is becoming unbearable.

According to the recent statistics from Niger Bureau of Statistics (NBS), Nigeria's GDP contracted in the second quarter 2016 by 2.06% after a negative growth of 0.36 in the first quarter. The non-oil sector also suffered a downward spiral due to a badly battered Naira as lower prices of crude negatively affected the oil sector. The inflation increased to 17.1% in July 2016 because of rising cost of power, fuel and other consumables while unemployment increased to 13.3%.

Faced with the dilemma and in its effort to raise capital to tackle the recession, the Federal Government considered the option of selling the national asset which was rejected by majority of the public, the national assembly and opposition parties.

The National Assembly, though publicly announcing its support for Federal Government's economic recovery plans, has rejected a request by the Presidency for approval of $29.9 billion foreign loan which the Federal Government intends to source from five multilateral institutions namely: the World Bank, African Development Bank (AfDB), Japan International Co-operation Agency (JICA), Islamic Development Bank and China EximBank because no comprehensive blueprint of the loan was attached to the request.

However, Director General, West African Institute of Financial and Economic Management Prof. Akpan Ekpo, contends that Buhari's request is in order, stating that not only will it get us out of recession but also ensure sustainable growth.

Considering the present debt status of the economy, Director General of the Debt Management Office (DMO), Dr. Abraham Nwankwo believes that the proposed $29.96 billion loan was not in a way a debt trap, but the right compass needed to navigate the nation's sinking ship out of troubled waters to the shore of hope. According to him, one of the features of the proposed loan is the low concessionary nature of the interest rate, which is fixed at 1.5 per cent.

It is nevertheless shocking and frightening to learn that such a huge foreign loan request, when it was submitted to National Asembly, lacks an economic blueprint detailing the loans' projects and programmes timelines, milestones, targets, financing plans and policy support instrument. It is necessary to point out that that Nigerians are yet to see tangible benefits of the N2.25trillion or $11billion loan the Buhari Administration is reported to have borrowed in the past one year, covering 30 June 2015 to 30 June 2016 based on a report from the Debt Management Office.

There is the fear that if the loan of $29.9billion is granted, it may once again return the country to its former status of Highly Indebted Poor Countries(HIPC) which Former President Olusegun Obasanjo's government successfully wriggled the country out of by negotiating an unprecedented deal which was a debt relief for $18 billion with the Paris Club of creditors. That was in an additional buy back of $12 billion with other creditor groups, resulting in a reduction of Nigeria's external debt stock by $30 billion, leaving only $3.5 billion as debt in the year 2006 from its all-time high of $33.5billion in 2005.

Unfortunately, resulting from mismanagement of public funds and executive recklessness, Nigeria's domestic public debts has further risen as at 30th of June 2016 to N10.6trillion for Federal Government and N2.5trillion for the 36 States and the FCT totaling N13.1trillion. The most shocking and annoying part of it all is that the same political class that mismanaged the country's public funds totaling $672billion or N134trillion since 1999 are the same class of people fighting for power in the current political composition at the Federal and State levels and they have remained influential in all governments.

While there is nothing wrong about foreign loans, but the Federal Government should first cut its recurrent expenditure which according to CBN's half year report for 2016 was N2.2 trillion and pump the bulk of the saving into capital projects.

Meanwhile if the federal government can clearly provide convincing arguments with fact and figure to justify its proposed loans towards reviving our economy, our federal legislators should treat the request on its merit.