Chimamanda Ngozi Adichie tackles white dude on what racism is 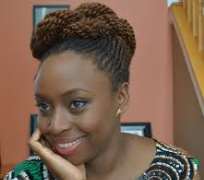 Chimamanda Ngozi Adichie  has no time for white men who want to redefine what racism is.

The Nigerian feminist author appeared  on BBC Newsnight  on Friday with R. Emmett Tyrrell Jr., founder and editor-in-chief of the conservative magazine The American Spectator.

“Thats not true, he hasn't been racist,” Tyrell said, but Adichie wasn't having it.

“I'm sorry, but as a white man, you don't get to define what racism is, you really don't,” she said. “You don't get to sit there and say he hasn't been racist when objectively he has.”