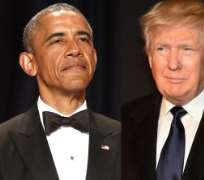 After a blistering and unprecedented campaign, the smoke has cleared and Donald Trump has emerged victorious. Come January 20, 2017, Trump will be officially sworn in as the 45th president of the United States. Defying pollsters and Democrats across the board who thought the probability of a Trump presidency was unlikely, if not downright laughable, Trump over-performed in a number of key battleground states and ultimately received more than the 270 electoral votes needed to secure the White House.

In what has become something of a tradition for a President-elect, Trump last night spoke on the phone with his political opponent, Hillary Clinton, and with the sitting President, Barack Obama. Word of Trump’s conversation with Clinton first came to light in the wee hours of the morning, with reports relaying that Clinton had called up Trump to concede the election.

Appearing on CBS This Morning, Trump campaign manager Kellyanne Conway provided us with some interesting details as to how those conversations went down.

“My phone rang,” Conway said, “and I handed it to Mr. Trump and he and Secretary Clinton had a brief but very gracious, very warm conversation. He commended her on how smart and tough she is and what a great campaign she ran, and she congratulated him on his victory.”

Far more interesting, though, is Trump’s phone call with Obama, a conversation that reportedly lasted for quite a while.

After missing a call from Obama, Trump dialed him back whereupon the two reportedly had a “very cordial conversation” where they discussed, in part, the impending transition of power. A more in-depth meeting in this regard is in the works but details haven’t yet been ironed out, though Conway said that Obama invited Trump to come down to the White House as early as this Thursday.

“Mr. Trump looks forward to going down to the White House and meeting with President Obama and having a smooth transition,” Conway added. “You know, we can learn an awful lot from people who don't support us.”

In another interview Conway did with NBC’s Today, Trump’s campaign manager had this to say of Trump’s conversation with Obama.

It was a very warm conversation, and we were happy to receive the call from the president. They had a great, thorough conversation about Mr. Trump’s victory. He was congratulated. And I think they resolved to work together, which is exactly what this country needs to get the current president and the president-elect and others who are in leadership positions to help unify and heal the country. We expect that the two gentlemen will be meeting soon.