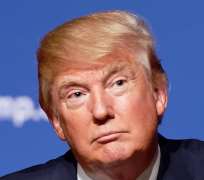 After the unexpected win of George Walker Bush Jr in 2000 backed by the Supreme Court which decided it in his favour, Film maker Michael Moore became one of his most virulent critics. He wrote a best seller, ‘Stupid White Men’ and followed up with a box office hit, ‘Fahrenheit 9/11’ which unmasked the September 11 terrorist attacks. He predicted Donald Trump’s electoral victory some months ago in his blog. He started with these words ‘Friends:I am sorry to be the bearer of bad news, but I gave it to you straight last summer when I told you that Donald Trump would be the Republican nominee for president. And now I have even more awful, depressing news for you: Donald J. Trump is going to win in November. This wretched, ignorant, dangerous part-time clown and full time sociopath is going to be our next president. President Trump. Go ahead and say the words, ‘cause you’ll be saying them for the next four years: “PRESIDENT TRUMP.”

I wasn’t dismissive of his prediction and remembered a similar one made by a pundit on the impossibility of Obama winning the race in 2008 and even went on to write a best seller on reasons why the Kenyan-American wouldn’t end up in the White House. Would the ‘clairvoyant’ Moore be proved wrong? It is a well-known fact that politics throws up an opportunity for all sorts of ‘seers’, ‘prophets’ etc to emerge. Our own ‘Prophet’ Temitope Balogun Joshua of the Synagogue of All Nations predicted the emergence of the first female President of the United States, a subtle allusion to Hillary Clinton. I wasn’t personally swayed by any of the ‘Prophets’ but was anxious as to the outcome of November 8.

Alas Moore was proved right as Donald Trump went on to make history as the first two time divorcee, first alumnus of the Ivy League University of Pennsylvania, oldest man, first never to have previously held political office save for George Washington to be elected President as the 45th person to hold the world’s most powerful office.

The media and the polls really missed this as they all gave ‘victory’ to Hillary Clinton. She led the national polls and most of the battleground states with the establishment whittling down the effects of the email scandal.

Trump on the other hand was underrated from day one with some pundits pointing to his ‘interest’ in the race as far back as in 1988 and opined that he would lose steam and drop out. The New York billionaire didn’t even help matters as he blasted Mexican immigrants for being rapists and lamented that their next door neighbours were exporting their worst citizens. He vowed that he would build a great wall and the funding for it would come from Mexico’s purse. He expressed concern at the over eleven million illegal immigrants in the country and pledged to massively deport them. Muslims were not spared as he linked the acts of terrorism on the home soil to them and ranted that he would place an embargo on their influx. He didn’t spare Nigerians and infamously declared that ‘If I win, you leave.’ He also called President Muhammadu Buhari an insensible man. The video of his groping women didn’t help matters either. In a gender sensitive nation, it portrayed him as a misogynist with many heavyweights in the GOP establishment most notably the Bush political family distancing themselves from him and vowing to cast their vote for Hillary Clinton. Nobel Laureate, Professor Wole Soyinka also declared his intention to shred his green card if the enfant terrible was elected. Trump even declared that the election had already been rigged and swore not to accept the eventual outcome if it wasn’t in his favour. It didn’t also help that Trump refused to release his tax returns and a Bloomberg report showed that he was worth far less than his much touted $10 billion with the former Mayor of New York, Michael Bloomberg calling him a con man. He also showed no apologies to minority groups whom he recklessly pilloried.

Despite the daunting challenges, how did the curator of the Apprentice manage to pull this off?

Firstly, the wily businessman turned emergency politician capitalised on the success of Brexit in the United Kingdom to whip up sentiments among the Whites. Brexit was simply an attempt by the angry white Brits to reclaim their country. They were bewildered that they were losing their homeland to foreigners who had imported strange cultures. The medical services and I.T is controlled by the Indians. Their national sport – Football had more foreign owners, Foreigners especially from the Middle East owned prized real estate, Asylum seekers and their offspring were benefitting from free education and healthcare. Their citizens were forced to compete fiercely for jobs and there was the need to ‘take back their country from these aliens’. Trump simply used massively spread this anti-immigrant sentiment to Uncle Sam. He screamed that Nigerians should be yanked off since they were taking the jobs of Americans. The CEO’s of Microsoft, Google and Pepsi are all Indians with foreigners holding commanding heights in the economy. He told his fellow white supremacists that their position was greatly endangered as power was swiftly slipping from their grip. He played to the emotions of the angry working class whites and asked them ‘For how long would they have to endure eight years of a black man? The possibility of eight years of an LGBTIQ person, and then maybe an animal if animal rights are elevated to that of human? They needed to take back their country.

Secondly, Trump did his homework and was surreptitiously building a powerbase that he clearly appealed to. Shortly before the Michigan primary, he threatened the Ford Motor Company that if they closed down their operations and moved it to Mexico, he would slam a 35% tariff on any car shipped from Mexico.He threatened Apple with large fines if they didn’t bring their Iphone factory from China to America. This message reverberated from Green bay to Pittsburgh and resonated greatly with the forgotten and embittered whites who felt abandoned by the policies of the Democrats. Trump deftly sold himself as their evangelist.

Thirdly, Hillary Clinton could simply not be trusted. Discerning voters saw through the clear media bias especially by CNN. The email scandal and wikileaks revelations portrayed her as a money grabbing and power hungry opportunist who just wanted power for its mere sake. The paid speeches by Goldman Sachs and the bungling of Benghazi only worsened her perception as an establishment politician whom the Trump brand wanted to get rid of.

Fourthly, this election had the largest turnout since 1980 and it is clear that Trump’s message resonated with the real owners of the supposed ‘land for all ‘ – the whites as Trump proved that their trust was all he needed. Clinton got more votes among the Blacks and Latinos but wasn’t enough to cause any change.

Fifthly, Trump turned the joke on Clinton by making her seem helpless as she sought refuge in the arms of Beyonce and Jay-Z while he stuck to his strategy of organising raucous mass rallies and spewing out venom and connecting with the real stakeholders.

We await with bated breath of what he has in store for Africa with regards to his foreign policy but one thing is clear – the world is moving towards isolationism as anti-immigration sentiments is rapidly spreading. Germany is now regretting their open door policy with regards to the Syrian refugees as their borders are being tightened and a plea for other European nations to share the refugees. The bombings in France has made them have a critical rethink of their generosity. America under Trump is definitely going to be less immigration friendly. It may even extend to rescinding the policy of automatic citizenship on being born on American soil. The UK and Republic of Ireland rescinded it so it won’t be amazing if Uncle Sam follows suit.

While we congratulate Trump for making a mockery of the establishment, it is high time African nations looked inwards and develop survival strategies to survive this impending ‘Everyman for himself and God for all.’