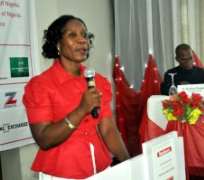 The Realnews Magazine and Publications Limited will hold its Fourth Anniversary Lecture on Thursday, November 17, 2016. Realnews is focusing this year's lecture on the security which has been intractable across the nation. The choice of the topic is based on the fact that recurring internal security crisis has been one of the major challenges that has plagued the Nigerian State in its quest for nationhood. In the last 100 years, the country has witnessed violent internal security crisis which predates its independence in 1960 including Tiv rots and Aba women riots of 1929. The latest security threats manifest in the form of Boko Haram insurgency, separatist Independent People of Biafra, Niger Delta militancy and the farmers/herdsmen brouhaha and other sundry criminalities.

As Nigeria seeks its place in a modern interconnected global community, it is clear that security is one of the major challenges facing it as was predicted that it could disintegrate in 2015. Although this has failed to happen, the social dynamics that could make the prediction come true is still very much with us. With this in mind, one can see that security is one of the factors to focus on in our dream for nationhood.

Security is critical for growth and investment and economic prosperity and the outcome of these include greater employment, poverty reduction, social progress and peace, tranquillity and stability. It would appear that one of the key elements that predisposes Nigeria to endless violence and crisis is its plural nature. Nigeria is undoubtedly an amalgam of many nation states that have different cultural and political antecedents. In our quest to create a nation state called Nigeria, we believe that security is the most important issue to address in 2016 and this should be done against the background of national development needs in the contest of a plural and democratic society.

The Lecture entitled: “Security and National Development in A Plural Democratic Society”will be delivered by Dr. Mohammed Ibn Chambas, United Nations Secretary General Envoy to West Africa and first former President of the Economic Community of West African States, ECOWAS. The lecture, for the first time, will take place in Abuja at Sheraton Hotel by 10am prompt.

Immediately after the lecture, a panel of discussants will leverage on it to speak on how our security challenges can be tackled to fast track national development. The panellists are Dr.  Boboye Oyeyemi, Corps Marshal, Federal Road Safety Corps, FRSC, Mr. Alex Cummings, Presidential Hopeful, Liberia, and Mr. Ibrahim Idris, Inspector General of Police, Nigeria Police Force, NPF. The lecturer and all the panellists have confirmed their attendance at the event.

The Chairman of the occasion, His Excellency, Chief Willie Obiano, Executive Governor of Anambra State, has also confirmed his attendance.

After the panel discussion and interactive session, there will be an investiture into the prestigious Realnews Hall of Fame, exclusively reserved for only Guest Speakers, Discussants, and Chairpersons at our Anniversary Lecture Series. Our 2015 Guest Lecturer, Professor Chukwuma Charles Soludo and Chairman, Mal. Mohammed Hayatu-Deen are among the new inductees. “The induction into the Realnews Hall of Fame is just a token of our appreciation for the honour they did to Realnews Magazine and Publications Limited and the priceless role they are going to play in our Fourth Anniversary Lecture,” said Maureen Chigbo, publisher/editor of Realnews .

Realnews , a general interest magazine, is an online publication which thrives on investigative journalism debuted November 19, 2012. It focuses on oil and gas sector with its attendant environmental challenges as well as issues relating to business and economy, politics, power, health, women and youth. Its aim is to unearth exclusive stories about real people and the challenges they are facing in their day-to-day activities. It does this bearing in mind that government can only act to influence the lives of people positively if they are aware of their true situation. Hence, its objective is to use its investigative skills to ferret out information in the sectors it focuses on and produce an unbiased report which will actually influence the government and decision makers to take actions that will make the society better.