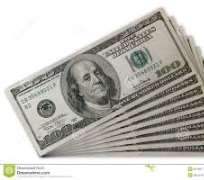 Manufacturing industries in Nigeria have been given access to foreign exchange valued at over $660m in the inter-bank market to source raw materials and spare parts for their industries courtesy of the interbank forex market.

The Central Bank of Nigeria's acting Director, Corporate Communications, Mr. Isaac Okorafor, in a statement on Monday said that the measure by the CBN was in line with its promise to ease foreign exchange pressure on manufacturing and agricultural businesses through forward sales under the new flexible Forex regime.

He said that the sum sourced by the manufacturers was to facilitate the procurement of raw materials for agricultural, pharmaceutical, automobile, aviation, plant and machinery, power, telecommunications, and printing, among others.

He said, 'The CBN is committed to ensuring that manufacturers of goods for which Nigeria does not enjoy comparative advantage are able to get letters of credit (LCs) to import the required materials for their businesses.'

The measure is coming after Erisco Foods Limited announced the closing down of its N4bn tomato paste processing plant in Oregun, Lagos State.

The Company's President, Mr. Eric Umeofia, said it was closing down its 450,000 tonnes tomato plant, sacking 1,500 workers and moving its operations to China.

Okorafor said that since the CBN introduced restrictions on the sourcing of Forex for 41 items from the inter-bank market, the move had greatly benefited local manufacturers in the country.

He urged manufacturers to take advantage of the policy which would enable Nigeria to reclaim its status as a major producer of goods through backward integration initiatives.

According to him, this will necessary push to Nigeria to conserve billions of forex being spent on import bills annually. - NAN.