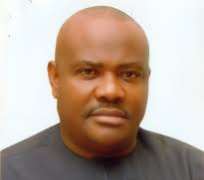 A call has gone to the Rivers State Governor, Chief Nyesom Wike to consider

introduction of Aeroponics farming as a strategy towards boosting the

agricultural potentials of the state.
The Call was contained in a proposal submitted to the Rivers State Governor.

Niger Delta [ITOAND) when the group paid him a visit in Govemment House,

project if adopted, would bring a new revolution in the sector in view of it's high

yield, huge employment potential, adding that its all-seasonal feature is an

added advantage.
According to Ogba, if applied the state would not only be a major oil producing

state but a major agricultural producer in the West African Sub region.

He noted that Governor Wike promised to look closely into the idea.

transport system was also being presented.
The Governor was said to had promised the group loan revolving scheme to