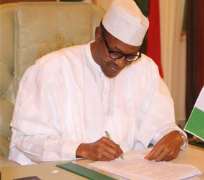 For a while now, Nigerians have had to endure a whole stream of articles coming from the pen of a certain former adviser to the Goodluck Jonathan led Federal Government and now hanger on and serial addition to foreign events where Goodluck Jonathan is the sole actual invitee.

Omokri (a graduate from the University of Wolverhampton) has also, ironically, become a present day snob towards the academic accomplishments of certain present day officials of the present government.

His article makes some interesting reading. Firstly, he claims the economy under Goodluck Jonathan was not badly managed whilst the economy under Buhari is badly managed. It cannot be disputed that the revenue generated from the sale of oil and the improvements in non oil generation by FIRS ensured that a lot of money came into Nigeria and the Federation account between 2011 and 2014. We know that the price per barrel of oil was at its highest during the term of office of Goodluck Jonathan between 2011 and 2014. We also know, looking at the GDP figures from the World Bank, that the average GDP growth of Nigeria was the slowest under the stewardship of Goodluck Jonathan when compared to the average rate of GDP growth under President’s Obasanjo and Yar Adua. Furthermore, we know as a fact that under President Goodluck Jonathan, the rate of Government spending increased phenomenally, the rate of Government borrowing increased significantly and the rate of tax waivers (which deprived the Federal Government of vital cash in the trillions of Naira) increased to levels that was totally unprecedented. Those tax waivers were granted to businesses that had no net advantage to domestic industry and deprived customs of trillions of Naira. It therefore seems to me to be somewhat interesting to assert that a government that had unprecedented amount of cash to work with and which in turn had the lowest average GDP per year growth of all PDP led governments, ran up unprecedented debt and whose finance minister publicly stated that its government was cash strapped by early 2015 and needed to borrow every month just to pay salaries. The former Finance minister under President Goodluck Jonathan at a point claimed that she and a number of key employees at the finance ministry suffered from high blood pressure as they borrowed and juggled resources to pay federal government obligations up to the time it handed over power to President Buhari. By 2015, the GDP growth of Nigeria had fallen precipitously and Nigeria’s yearly debt service obligations had reached a staggering 1.45 trillion Naira a year whilst its revenue had fallen to just under 4 trillion naira a year.

Now, that one acknowledges that President Jonathan cannot be deemed to have managed Nigeria’s economy well by any standards does not remove or absolve President Buhari of criticism. It is true that the implementation of the TSA policy at the time of limited liquidity in the Nigerian economy and unduly constrictive monetary policy applications coming out of the CBN since 2014 was ill-advised. The TSA policy contributed to the recession Nigeria is currently facing because it was implemented at the same time as the precipitous fall in the price per barrel of oil and the CBN policies of exchange controls, restrictive monetary supply and high interest rates.

The threat of litigation by the governors as a defence for the absence of savings by Omokri is vacuous. The FG keeps 54% of all revenue that goes into the federation account. Apart from the fact that the Supreme court never gave judgment on any proposed case brought by the governors, the taking of such a case could not have intimidated the FG into spending all the money in the ECA when legal actions from Sanusi or by PDP officers never intimidated the FG into reversing Sanusi’s sacking or the reinstatement of certain PDP officers during GEJ’s time. Secondly, Mr Omokri failed to indicate how much of the 54% of the unprecedented income into the Federation account due legitimately to the FG was actually saved.

At the current time, the TSA policy is the only policy position of the Buhari government that can be said to have contributed to the present economic downturn. The proposed borrowing of $29 billion debt acquisition is ill-advised and takes incompetence to another level if approved by the senate. Thankfully, it seems that the senate is now very much alive to its duty and will not give President Buhari a blank check to wreck the great work done by the PDP governments of Obasanjo, Yar Adua and to a lesser extent Goodluck Jonathan.

President Buhari had often spoken about the decline of Nigeria during the PDP years of government and how he wants to take Nigeria “back” to its past “glory”. He has no doubt achieved a recession that was a feature of his 1984 government and he is aiming to complete the process through the process of leaving Nigeria with more debt than it had in 1999. Whoever came up with this policy of taking close to $30 billion of debt ( at a time that Nigeria is struggling to find cash to spend on government obligations after meeting its current debt service yearly obligation of 1.45 trillion Naira) to finance 3 years of budgeted cash to be spent on infrastructure that would barely yield enough revenue to cover the principal and interest payments on the debt clearly needs to be fired. It is disheartening that Udo Udoma does not know Nigeria’s current debt profile. However, the Debt Management Office is under the Minister of Finance and not the Minister of Budget. The President of Nigeria has managed to cause untold confusion in the way it restructured the Ministry of Budget and the Ministry of Finance. The Budget ministry has under its control fiscal policy but does not control the debt management office that is critical to pursuing a credible fiscal and budget policy. The Finance minister serially blamed for fiscal failings has no control of fiscal policy but controls the debt management office. We then get a situation where the Finance minister is blamed for events under sphere of responsibility of the Minister of Budget and the Minister of Budget is blamed for not knowing something under the sphere of responsibility of the Minister of Finance. If anything, it goes to show that it may well make sense for the Budget and Finance ministry to be merged and for the president to make one of the two ministers a junior minister of the consolidated ministry.

Bizarrely, Mr Omokri places so much emphasis on what a person studied in their 20’s than their accumulated wealth of post academic experience as a professional. A degree from East London University or the University of Wolverhampton has a bearing in selecting people into their first job following graduation. In that circumstance, a reasonable employer will select a graduate from MIT, Havard, Oxford or Cambridge over a person that graduated from East London University or the University of Wolverhampton. However, people place a lot more emphasis of relevant work experience later in ones career. The relevant experience obtained by Adeosun for the purposes of her present job is the fact that she was the commissioner of finance of Ogun state for the last 4 years. That 4 year stint in Ogun made her far more qualified for the post she is currently holding than the experience then amassed by the then finance minister Iweala at the time she was first made finance minister in 2003 (after serving as adviser to OBJ on the setting up of the budget office). In Nigeria today, the most appropriately qualified person to be president is either a Vice President or a Governor of a state. For the role of finance minister, the most appropriately experienced individuals for that job would be either a former minister of finance, junior minister of finance, current or former CBN governor or deputy CBN governor or current or former commissioner of finance at the state level.

Obafemi Awolowo did not go to MIT or Harvard and was a very successful finance minister. John Major never went to university at all but was the UK’s chancellor of the Exchequer under Margaret Thatcher. Kenneth Clark and George Osborne were law and history graduates and finance ministers of the UK economy. By all accounts they were good ones to. It is for Adeosun to grasp the mantle and prove herself in her current role.

What we do not need is the now familiar attempt at revisionism that seems to be the favorite pastime of the current generation within Nigeria.