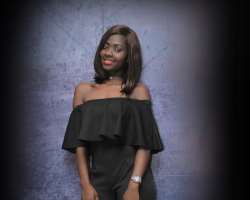 After real life event placed her in the shoes of girls abused, Princess Chioma has through her NGO made a very bold statement against those traumatizing the girl-child through abuse.

For her, it’s not just about speaking, but hers comes from an experience after she explained in this interview on how she got abused at a very tender age. Read and find out more on why she wants the government to support projects against the girl-child abuse.

Can you briefly tell us what Save A Child International Foundation means?

Save a child international foundation is a non-profit oriented charity organization that extends humanitarian gesture to the less privileged, and the destitute. This is hope to achieve through ceaseless organizing of enlightenment seminar, health support scheme and extending needful material to the orphanage homes.

What is the aim?
We aspire to emerge as best supportive organization to the less privileged that stimulates human esteem built on social justice. We are working out a world where every child has a well defined sense of belonging with team work alloyed with compassion we care for lives and guarantee excellence in our services to promote social justice.

What are the ranges of projects based on four core of SACIF?

First, it is giving hope to the hopeless. Then, youth leadership, health awareness raising and support to the orphanage. We intend to educate other young people, setting up youth clubs, carrying out research into health service access, or creating campaigns for social change.

Do you have business oriented programmes?
The world has made incredible progress for children over the last 25 years - malnutrition is down and more children are in school. But that progress hasn't been fair. Millions of children have been forgotten. Forgotten because they live in the wrong place, or because they are girls, refugees, disabled or from a minority.

Today, discrimination is the biggest threat to the world’s poorest children. At its worst, this discrimination is deadly. For those who do survive, it blights their lives as they are denied access to education or healthcare. If we are ever going to end extreme poverty, these are the children we must reach now.

What steps are you applying to help reach every last child?

To be rich is not what you have in your account, but what you have in the heart as the saying goes. The gap between the world's rich and poor has been wider while wealthy individuals are relishing in the lavish life of luxury, millions are being forced to endure an insufferable daily reality of poverty. The time for a drastic change has arrived. It is up to you and l to make a difference before a significant proportion of the world's population drowns in an ocean of poverty.

How would you feel if you were one of the eight hundred million people who went to bed ravenously hungry each and every night? You would lay, shivering, listening to the unbearable sound of your stomach crying out in starvation.

What considerations have you shortlisted?
You need to understand that human infant pays attention to the faces and people who we are talking. Human infant likes listening to human speech. Human infant babbles long before they are able to produce words. Then, you go on to ask yourself questions over all these. Why? It may be that nobody believes in the children.

And why should anyone do? Whenever I pick up a biro and a book to start writing, people around me shout at me saying, ‘you have started again!’ A lot of discouraging words, but I knew that they cannot see what I was seeing and can't understand even if I explain to them. The children cry out for your help and support to be a change in their own generation. They are being called the leaders of tomorrow while their grandfathers are leading them to corruption and letting child abuse grow more and more. Abuse had made our youths to be on the lane different characters. Like prostitution, fund embezzlement, kidnapping and etc. And basically, these are things that are not meant to be.

Do you suggest that the youths should fold arms or at worse trigger riots to claim their rights from government, because of the economic situation of the country?

The answer is no. As a youth that is seeking solution to problems, you are expected to produce, invent, launch, extract, unveil and what have you? You need to know what the world is awaiting you for. So do it right so that your work will be justified after you left.

In conclusion, it is the responsibility of the educated generation to stir revolution for saving the children. We need to educate those educated as well as the uneducated ignorant ones who commit such crime as children infanticide. Let's get going, I will expose you to too many ideas loading. Let’s save the life that needs our help today and make a better change in our time.

What would be your main focus for now?
It will be on child abuse. Child abuse is a global problem that is deeply rooted in cultural, economic and social practices. It is a state of emotional, physical, economical and sexual maltreatment meted out to a person below the age of eighteen and is a globally prevalent phenomenon. However, in India, as in many other countries, there has been no understanding of the extent, magnitude and trends of the problem.

The growing complexities of life and the dramatic changes brought about by socio-economic transitions in India have played a major role in increasing the vulnerability of children to various and newer forms of abuse. Child abuse has serious physical and psycho-social consequences which adversely affect the health and overall well-being of a child. Why can't we look into it and set up the right of wellbeing for the girl child? As a victim I stand to fight against abuse, I stand to fight for those girls that abuse and neglect has turned their life into a mess. I stand to fight my fear.

Why are you restricting it to girl-child alone?

Girls are equally as important as boys in the society to maintain the social equilibrium. Few years ago, there was huge reduction in the number of women in comparison to the man. It was so because of the increasing crimes against women such as female feticide, dowry deaths, rape, poverty, illiteracy, gender discrimination and many more.

To equalize the number of women in the society, it is very necessary to aware people greatly about the save girl child. Government has not taken some positive steps regarding save girl child such as protection of women from domestic violence act 2005, ban of female infanticide, immoral traffic act, proper education, gender equality, etc. What can we do to make this change in our time should be on every lip.