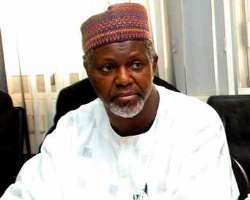 According to him, so far, the company has received N49.3bn as subsidy payments from the government, while N133.1bn is still outstanding.

The Federal Government pays subsidy to PHCN under the Multi-Year-Tariff-Order, but is planning to withdraw the subsidy in 2011.

Labo, in an exclusive interview with our correspondent, also disclosed that the company was making N9bn monthly from electricity supplied to customers.

He said that there was a high probability of achieving 4,000 megawatts target of supply soon.

Labo stated, 'The probability is very high. Capacity may rise above 4,000MW as Shell Petroleum Development Company is close to adding 200MW from its Afam VI plant.'

Speaking on the new power stations expected to commence operations soon, Labo said, 'Some power stations are coming up, such as Olorunsogo phase II, while Shell's Afam is to bring its total output to 650MW. Alaoji, Trans Amadi and Sapele are also coming up.'

He said that the Federal Government had substantially addressed the issue of poor gas supply to power stations, saying, 'There is no gas problem, as there is enough gas currently due to the gas-to-power policy of the government.'

Labo said PHCN had wheeling capacity of over 6,848MW in transmission, stressing that various transmission projects were at different stages of completion.

Meanwhile, the Organising Secretary of the National Union of Electricity Employees for the North East Zone, Mr. Anthony Sule, has said that the strike being proposed by the union will be nationwide.

Sule said in Jos that the union had given the management of PHCN up to May 17 to pay the workers' monetisation arrears and begin the payment of the balance of the 137 per cent increase in their salary.

Employees of the company in the South West had said that the action would only affect Oyo, Kwara, Ondo and Ekiti states, and part of Ogun State, but Sule said that it would be nationwide.

The zonal secretary, in a statement issued in Jos and made available to our correspondent on Wednesday, said the decision to embark on the strike was arrived at after carefully reviewing the recent developments in the power sector of the country.

'We as stakeholders in the sector will not stand aloof while our only means of livelihood, which we have laboured all through the years to build, collapses during our time,' he said.

However, the Presidential Committee on Power, led by Prof. Barth Nnaji, will on Thursday meet with PHCN employees, who have threatened to go on a nationwide strike from Monday.

The meeting, which is scheduled to hold in the Presidential Villa in Abuja is an attempt by the Federal Government to convince the workers, under the aegis of the National Union of Electricity Employees and Senior Staff Association of Electricity and Allied Companies, to suspend their plan.

A source close to the committee told one of our correspondents in Abuja on Wednesday that the committee would be presenting to the workers the reasons why government had decided to restart the Electric Power Sector Reform Act immediately as a master stroke for fixing the intractable problems that had bedevilled Nigeria's electricity sector for years.

The workers handed down a 21-day ultimatum to government to tackle problems in the power sector and address their welfare and it would expire on Monday.

In a circular, the unions accused government of being only interested in the privatisation of the company without providing stable power supply to Nigerians.

According to him, the leadership of the two unions in the sector have met and resolved to issue a 21-day ultimatum to the PHCN management to address the labour issues hampering the smooth operations of the workers of the company nationwide.

Sule cited another grievance of the workers to include the non- absorption and regularisation of the casual workers, numbering over 10,000.

He lamented that while several federal agencies and organisations had been paid their monetisation benefits since 2003, PHCN workers were yet to enjoy the same despite several promises by the management.

Sule said only 13 per cent out of the 150 per cent salary increase for PHCN workers had been paid till date, while balance was yet to be paid.

He added, 'If by the May 17, 2010, management remains adamant to our requests, all our members will stay at home.'

Sule decried the recent development in the power sector, which he said had made it evidently clear to the workers that government was only interested in the privatisation of PHCN without providing stable power supply to Nigerians