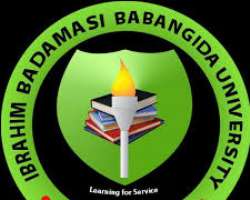 The management of Ibrahim Badamasi Babangida University, Lapai has announced the date for the continuation of registration exercise of her newly admitted students.

The annoucement was contained in a press release signed by Mallam Hassan Abdullahi, Snr Clerical Officer for the University's Academic Secretary in Lapai.

The statemnet reads "fresh students are to come back on Monday, 7th November, 2016 for continuation of thier registration".

IBBULITES are to note that, both newly admitted and returning students registration will end by 14th November, 2016, respectively.

Mu'azz is a 200 Level Mass Communication Student of IBBU Lapai.