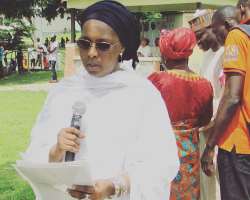 The first international Day of Rural Women was observed on October 15, 2008. This day recognizes the role of rural women, in enhancing agricultural and rural development, improving food security and eradicating rural poverty.

The idea of honouring rural women with a special day was put forward at the Fourth World Conference on Women in Beijing, China in 1995. It was suggested that October 15 be celebrated as “World Rural Women’s Day” which is the eve of World Food Day to highlight rural women’s role in food production and food security.

It is also very important to note that, “World Rural Women’s Day” was previously celebrated across the world for more than a decade before it was officially a UNITED NATION, UN observance. The International Day of Rural Women is a global observance and is not a public holiday as culled from timeanddate.com

Quoting the Secretary General of the United Nations, Ban Ki-moon “The 2030 Agenda for sustainable Development promises to leave no one behind. To deliver on that, we must help rural women to thrive, and to access the support and information they need, so that they can fulfil their potential without leaving their communities”.

Ndatsu who had earlier assured Women in Niger State that, Governor Abubakar Sani Bello’s led service-driven administration is mapping out strategies that will IN SHA ALLAH liberate Women from the shackles of poverty and unproductiveness noted that, “the day is set to recognize the participation and relentless efforts of rural women in enhancing rural development, improving food security, eradicating poverty and shaping the economy through agriculture “.

Delivering her remarks, she disclosed that “according to UN, ‘Rural women out of one-quarter of the world’s women population depend on natural resources and agriculture for their livelihoods and contribute to the majority of global food production, reaching as high as 80% in Africa’ and we must bear in mind that rural women are key agents for achieving the transformational economic, environmental and social changes required for sustainable development”.

She disclosed that, “the International Rural Women’s Day celebration in Niger State today will showcase a good number of agricultural food products and socio-cultural activities of the rural women”. She was quoted “today will create an avenue to address the challenges faced by our women especially on accessing agricultural resources and healthcare services as well implore policies to empower and improve on their well-being as well as standard of living” targeting the new Sustainable Development Goals agenda for 2030.

Ndatsu concluded stressing the very important role of women in all ramifications of life and society in general, while appealing to Government, NGOs and other well-meaning private health citizens to join forces to ensure that women are given the much needed attention they deserve In other better their lives and the society.

The event had in attendance Women of political and social impetus from within and outside Niger State including the Wife of Niger State Governor and Founder, RAiSE foundation, Dr. Amina Abubakar Bello, Hajiya Fatima Madugu, Hon. Commissioner of Education just to mention but a few.