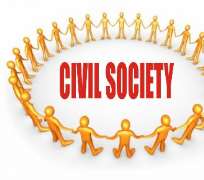 Civil Society Organisations in Nigeria working in the area of anti-corruption are to meet in Abuja from the 3rd to 4thof November, 2016 to discuss issues relating to the strengthening of the legal framework against corruption in Nigeria.

The meeting, being put together by the Media Initiative against Injustice, Violence and Corruption- MIIVOC, with support from Justice for All of the British council, expects about fifty Civil Society organisations from across the country in attendance.

Top on the agenda is the consideration of strategies in advocating for the transmission and passage of: the Proceeds of Crime - POCA, Nigeria Financial Intelligence Center- NFIC, Whistle Blowers Protection and Mutual Legal Assistance Bills by the National Assembly.

Confirming the development while speaking to newsmen in Calabar, Executive Director, Media Initiative against Injustice, Violence and Corruption-MIIVOC, Dr. Walter Duru described the bills of interest as central to the country’s anti-graft war.

“Recall that Nigeria’s Attorney General and Minister for Justice, Abubakar Malami promised Nigerians that the present Federal Government is committed to the passage of the bills. During the annual Conference on Financial Fraud, Cyber Crime and Cross Border Crimes, held in Abuja in February, 2016, the Attorney General, in his keynote address assured Nigerians that the bills will be transmitted to the National Assembly as Executive bills and eventually passed, while announcing that the Mutual Legal Assistance and Money Laundering bills were already transmitted. Till date, nothing appears to be happening in the case of the rest of the bills and nobody is saying anything to the citizens. It is obvious that some enemies of the country are working round the clock to ensure that they are not passed. The primary essence of the meeting is to review the situation and agree on steps to be taken to ensure that those that have roles to play live up to their responsibility.”

Continuing, Duru argued that the bills are necessary if the country’s anti-corruption war must be effectively fought and won.