Ayo Animashaun sounds warning to artistes ahead of Headies 2016 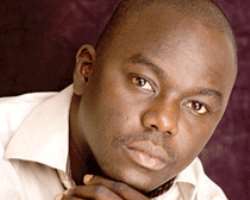 By Rotimi Agbana
Ahead of the much anticipated 2016 Headies Awards, Hip TV boss, Ayo Animashaun, has issued a warning to artistes to behave maturely. This warning came as a result of Davido's threat to replicate Olamide's unruly behavior at the 2015 edition if his signee, Mayorkun, does not clinch an award. You will recall that at the last Headies awards, Olamide pulled a Kanye stunt on stage which sparked off a brief spat between him and Don Jazzy.

In a recent interview, Ayo Animashaun said there would be grave consequences for any artiste who misbehaves at the forthcoming awards. “It's all up to them, we would do what we need to do and where we need to take disciplinary actions, we will. You can't really stop anybody from doing whatever they want to do or what if the person is under the influence and they do it and regret it the next minute, it's all up to them but there are consequences for everything we do.

You know it's a big stage, a big platform and everyone is watching, people like to get noticed but you better be careful what you do because it's not just about getting noticed it's about how people see you afterwards,” he said