Use Of Private Aircraft: You Are Most Unpatriotic To Your State ...udom's Aide Replies Sen Ita Enang 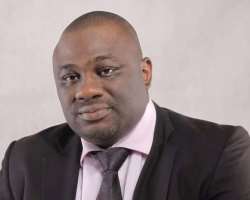 Against the backdrop of the recent media attack on Governor Udom Emmanuel by Senior Special Assistant to the President on National Assembly Matters Senator Ita Enang, , a Special Assistant to the Governor on Media, Mr Uwemedimoh Umanah has described the legislative aide as a most unpatriotic indigene of the Akwa Ibom State who has failed to work for the interest of his people.

In an interview in an Uyo based radio station, Senator Enang berated the Governor Emmanuel on the use of a state owned aircraft, urging him to sell it off and use the proceeds to further develop the state.

But in a swift reaction, Mr Uwemedimoh Umanah described Senator Enang as a hypocrite who has overlooked the use of a private jet by Ministers who are mere appointees of the president, but rather chose to channel his energy toward vilifying a leader whose office demands more privacy, security and impromptu appointments within and outside the country.

Mr Umanah noted that the energy which Senator Enang uses in undermining Governor Udom Emmanuel in the media on a daily basis could be redirected to better use in attracting values to the state from the center.

"We are aware that over N140 billion expended by the Akwa Ibom State Government on the rehabilitation of federal roads has not been refunded by the federal government, while the 13 percent oil derivation revenue has not been paid the state in the last two months...these among others are matters that should be of concern to Ita Enang and other federal appointees from this state".

“I would expect Chief Enang as a great beneficiary of the state, to initiate skills development programmes and scholarships to complement government’s efforts and arm more youths to fit into the impending industrial explosion in the state, but unfortunately his best bet is a bi-weekly radio programme he has sponsored for his cronies to constantly disparage the integrity of the governormand government of Akwa Ibom state.”

Umanah, a crisis communication expert, reminded the one time senator that election had since been concluded with the swearing in and subsequent judicial confirmation of the governor by the highest court of the land, and advised that instead of endless meaningless fights, he would do his people a great deal of services by supporting the governor’s industrialisation and skills development programmes.

Mr Umanah commended the Governor for his marked achievements in infrastructural expansion as well as wealth and job creation, especially the recent incentives to promote Small and Medium Scale Enterprises that would complement the industrialization drive of his administration.