INTERVIEW: “Benin is the home of art & culture”- Brother to the New Oba of Benin Reveals 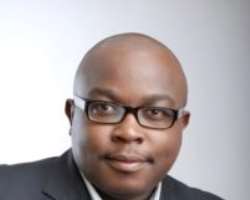 Following the just concluded coronation of the 39th Oba of Benin, Jumia Travel sat down with Prince Omoregbe Erediauwa of Benin – brother to the new king and CEO of Hexagon Networks – who was actively involved in the coronation planning to talk about the impact of the newly enthroned king, Oba Ewaure II on travel and tourism in the state.

Tell us about yourself and your passions
My name is Omoregbe Erediauwa, I am Owner|CEO Hexagon Network Limited, a company that is into Hospitality and Tourism. I like watching movies, listening to music and playing a bit of golf.

What fuels your passion for tourism?
I believe my background has played a major role. I belong to the Benin Royal Family and as such, I grew up in the midst of exquisite art and a very deep culture. As you may be aware, the Benin royal family has been known for its arts and culture for over a thousand years. It was evident in the display of this art and culture in the immediate past coronation ceremony of the present Oba of Benin Oba Ewuare II.

You currently own one of the most popular clubs in Benin, a hotel, and an art gallery, what is the vision behind these establishments?

Well, like I said, growing up, hospitality and tourism were second nature. So, in my University days, I decided to start something with a friend. We started a bar and restaurant called Woodpecker; it was my first business venture sometime in ‘93 – ‘94. I had to shut it down after a year and a half, as I had to travel to complete my Master’s degree. After my Masters, I decided to come back home and start something bigger and better than my last effort. That, basically, was how Hexagon Network Limited was born. The network serves as an umbrella company for The Hexagon: the entertainment outfit, Crowne Art Gallery, Crowne Hotels e.t.c.

What hopes do you have for tourism in Benin and Nigeria as a whole in the future?

I have very high hopes because this was one major thing our new Oba, Oba Ewuare II, talked about in his speech in the presence of the President ably represented by his Vice and Africa’s richest man, and both of them nodded in compliance when he told them that he will need their support in these regards. Also, the ‘Trust’ founded by the Oba – The Benin Royal Dynasty Trust – is also a vehicle that I believe will also help to drive tourism to its greatest height in Edo state and also in Nigeria. Finally, we have two sons from Edo State who are members of The National Assembly chairing the committee on Arts and culture, who I also believe will do their possible best to support us and also the country.

Your brother, formerly crown Prince Eheneden Erediauwa, was crowned the new Oba of Benin at the just concluded coronation, what is the significance of the event to Benin and Africa as a whole?

The coronation has reassured us of our culture and tradition. The event has been celebrated the same way for about or over a thousand years, so reading about it, hearing about it and finally being able to participate in it, draws you closer and makes you appreciate where you are from as a Benin person and an African.

How do you foresee his reign?
In his coronation speech, Oba Ewuare II stated that he would be the embodiment and the expression of culture, aspirations and history of our people and I strongly believe him. Also, he picked the name of another great king Oba Ewuare 1 (1440-1473), one of the greatest Obas of Benin Kingdom, and that is a hint on what we should expect to see during his reign.

What are the changes you look forward to seeing in this new reign?

Certainly, I look forward to witnessing a higher regard and respect for the palace and the royal institution as a whole from around the world. Also, increased recognition for Benin art and culture.

Why should anyone visit Benin City?
It is glaring. Benin is the home of art and culture, anyone who sincerely appreciates life in itself is bound to have a memorable time in Benin.