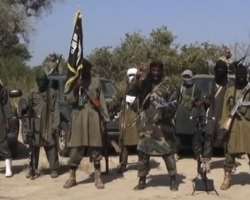 There has been a renewed onslaught, even if on a more subdued scale, by Boko Haram insurgents in recent times, driving it home more clearly the fact that the war against the Islamist terrorists is far from over. Admittedly, the radicalised Islamists have been well degraded and their capacity to inflict large-scale destruction associated with their past activities has been firmly curtailed. Yet, this is the time for the military to redouble their efforts to make sure that the last vestiges of the terror group bent on spreading its evil ideology in the North-East of the country are rooted out once and for all.

Among evidence that the military are in this for the long haul is the recent bomb attack in a park in Maiduguri that claimed eight lives. Another report has it that, in separate attacks last month, no fewer than 34 people were killed, eight of them soldiers. One of such attacks was an ambush against a convoy in Bama, near the Borno State capital, Maiduguri, where three soldiers and three of their attackers were killed, according to a statement credited to the military.

While another statement by Sani Usman, Acting Director, Army Public Relations, said nine suspected terrorists were killed in Operation Lafiya Dole near Bulabulin, Boko Haram, in a report that could not be independently verified, also claimed that it had killed more than 40 soldiers of the multinational forces operating in the North-East. As recently as October 19, a Reuters report quoting the Nigerian Army said 13 soldiers were wounded and an unspecified number declared missing after a clash with Boko Haram fighters at Gashigar, near the border with Niger Republic.

Also responding to the same incident, the Islamic State of Iraq and Syria, to which a faction of Boko Haram has pledged allegiance, tweeted that 20 soldiers of the Nigerian Army and the neighbouring Niger Republic had been killed, with many others wounded. Similarly, in another report quoting the military, seven Nigeriens were killed in separate attacks in the Diffa region near the country's border with Nigeria. Reports of attacks in Cameroon are also becoming common.

Amidst these attacks, the Nigerian authorities have been declaring themselves victorious in a war that is still raging. Speaking at a seminar in Port Harcourt, the Minister of Interior, Abdulrahman Dambazzau, said, 'The war in the North-East with the Boko Haram has been fought and won -as the Boko Haram elements have been routed, degraded and are being decimated.' Although Dambazzau, a retired Lt.-Gen. and former Chief of Army Staff, spoke in July, the current Army chief, Tukur Buratai, also a Lt.-Gen, re-echoed his sentiments in September, claiming, 'The Nigerian Army has not only succeeded in routing them (Boko Haram members) from their camps in the region, we have been able to block these criminal elements from crossing down to these areas or rebuilding their camps anywhere.'

Without doubt, the Nigerian Army has done a lot to clip the wings of the terrorists who have been credited with killing up to 30,000 Nigerians since scaling up their operations in the country in 2009, yet, the war can hardly be said to have been won. From a period when the presence of the terrorists could be felt in up to 15 local government areas -when they even declared Gwoza as the headquarters of their so-called caliphate more than two years ago -the Nigerian military, in collaboration with their counterparts from Niger, Chad and Cameroon, have successfully liberated practically the entire swathe of land taken by Boko Haram.

While this represents a significant step forward, compared to periods when bombs were raining down in areas such as Abuja, Jos, Kano and other areas outside the main theatre of the war in the North-East, it does not in any way represent victory for the military. There is no way the Nigerian authorities can claim victory in the war when Boko Haram is still present within the territories of the country's neighbours -Chad, Niger and Cameroon. As long as Boko Haram is active in any of those countries, Nigeria will always remain a target of attack as was the case when the terrorists were based in Nigeria, making incursions into the neighbouring countries.

Besides, it should also be noted that some significant progress has been made with the return of 21 out of the 218 Chibok girls kidnapped from their hostel over 900 days ago; but nobody should forget that no fewer than 197 others are still in captivity. The war cannot be won when captured Nigerian citizens are yet to be freed. This premature declaration of victory is also why Abubakar Shekau, declared dead several times, has continued to resurface and taunt those who claimed that he had died.

From reports, it appears the authorities are already beginning to mismanage the little success achieved so far. Complaints are filtering through that the welfare of the soldiers is once more, not getting maximum attention. The soldiers are reportedly grumbling about their allowances being slashed and the poor quality of food they are being served. There are also reports of shocking infiltration of the death cult in the military leading to a few humiliating routs. These are clear evidence that the decay and corruption that plagued the military during the Goodluck Jonathan era are gradually creeping back into the operations of the Nigerian military. These are allegations that should be thoroughly investigated and if found to be true actions should be taken.

This should be time for the military to press home the advantages they have gained so far. And, in doing so, they should bear in mind the warning of James Chapper, the United States Director of National Intelligence, who said, 'Despite losing territory in 2015, Boko Haram will probably remain a threat to Nigeria throughout 2016 and will continue its terror campaign within the country and in neighbouring Cameroon, Niger and Chad.'