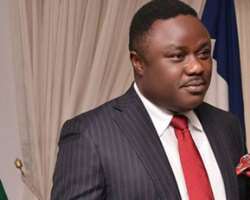 The positions were in the categories of special advisers, special assistants, personal assistants as well as the chairmen and members of boards, commissions, departments and agencies.

The governor had, in a parley with journalists in August, reiterated his decision to appoint over 1,000 political appointees for poverty alleviation in the state.

So far, there are 28 commissioners in addition to 65 special advisers and over 100 special assistants, personal assistants and community relations officers.

A breakdown of the latest appointment shows that 799 were appointed into various boards, commissions and agencies, while the remaining 307 appointees were categorised into special advisers (six), senior special advisers (30), special assistants (75) and Personal Assistants (25).

Others are personal assistants to paramount rulers (16), representatives of each local government in the state food bank unit (90), liaison officers for the 18 local government area and three senatorial districts (21), special assistants on religious affairs (18) and permanent secretaries (26).

In a statement issued by his Senior Special Assistant on Media and Chief Press Secretary, Mr. Christian Ita, the governor said the appointments would take effect from November 1, 2016.

But reacting to the development, a former Special Adviser to Ayade on Strategy and National Contact, Mr. Ray Ugba-Morphy, said the appointments were unnecessary.

Ugba-Morphy, who resigned from Ayade's cabinet, said, 'He is a governor who understands all the appointments that he is making. But considering the lean purse of the state, it is not necessary because those already appointed have not been properly settled.

'The wages of political appointees are fixed by the Revenue Mobilisation Allocation and Fiscal Commission as stipulated by the law, but he (Ayade) has not met those requirements.

'It is right if the appointments are meant to settle political scores, but economically, it is not viable. He should create opportunity for people to have skills to earn a living.'