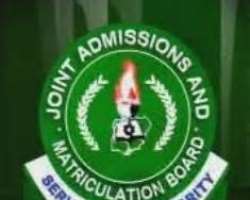 The Joint Admissions and Matriculation Board (JAMB) has hinted that it might cancel the use of uniform cut-off points for admitting candidates that took the Universities Tertiary Matriculation Examination (UTME).

The issue of cut-off marks as currently being used for admission, it said, should be subjected to national debate by stakeholders.

The Spokesperson of JAMB, Dr. Fabian Benjamin, gave the indication in a statement he issued on behalf of its Registrar/Chief Executive, Prof Is-haq Oloyede, on Sunday evening in Abuja.

ï¿¼He said a situation where universities, polytechnics and colleges of education were subjected to the same cut-off marks was no longer tenable because it prevented the institutions from admitting candidates of their choice.

Tertiary institutions, he sated, should be allowed to determine the kind of candidates they want to admit.

He added that there was an urgent need to reconsider the current cut-off point of 180 for admission in order to strengthen access to education, particularly for the less-privileged.

Benjamin said, 'The uniformity of cut-off marks doesn't make any sense when colleges (of education) and polytechnics admit for national certificate of education and diplomas, while universities admit for degrees.

Yet, we subject them to the same cut-off marks, thereby starving these tiers of institutions from admitting candidates who, if not engaged, may likely become easy prey to social vices.

'Institutions should be known for their individual quality and not collective standards. This will foster positive competition for the overall good of our tertiary institutions. It is critical for all notable stakeholders to rethink the issue of cut-off marks.

'I am calling for a national debate on the propriety of cut off marks; institutions should be allowed to determine the kind of candidates they want.'

JAMB also expressed worry over the class opportunities as it affects the distribution of admission resources.

The organisation said, 'The rich have multiple opportunities which include going abroad for studies while the poor only have the opportunity of struggling for the scarce spaces here.

'They come back and they are integrated while the poor can't afford it and are forever denied the opportunity of education. Let institutions admit what they want according to their needs.'

JAMB urged Nigerians to look at the decision critically for it to take action that would be for the good of the education sector.