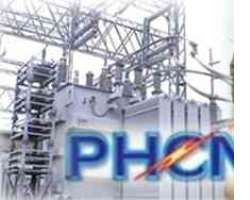 PHCN Installation
The already deplorable power situation in the country may worsen in the days ahead as junior and senior employees of the Power Holding Company of Nigeria have threatened to go on a nationwide strike from Monday.

The 21-day ultimatum issued by the workers to the Federal Government to tackle problems in the power sector and address their welfare expires on that day.

There is, however, a conflict on the spread of the proposed strike as employees of the company in the South-West region said that it would only affect Oyo, Osun, Kwara, Ondo and Ekiti states as well as parts of Ogun State.

A circular from the National Union of Electricity Employees and Senior Staff Association of Electricity and Allied Companies to their members across the country, a copy of which was made available to one of our correspondents on Tuesday, accused the government of being only interested in the privatisation of the company without providing stable power supply to Nigerians.

It said that government had failed in the payment of workers' monetisation arrears, just as the workers called for the payment of the balance of 150 per cent salary increase approved earlier, and the absorption of casual workers.

The unions directed members to stay at home from Monday if government failed to act.

Addressing journalists on the workers' preparedness for the industrial action, the Senior Assistant General Secretary, Edo/ Delta Zonal Secretariat, NUEE, Mr. Cyprian Akoh, said the government lacked the political will and courage to 'frontally combat the ills bedevilling the sector.'

Meanwhile, electricity workers in the South-West, in a separate statement, also threatened to go on strike with effect from Monday.

States likely to be affected include Oyo, Osun, Kwara, Ondo and Ekiti states as well as parts of Ogun State, according to the statement.

This group said they would embark on the industrial action if the management of the PHCN failed to meet their three-point demand by Monday.

Their position was contained in a statement made available to one of our correspondents in Ibadan, Oyo State, on Tuesday by the union's Assistant Secretary in the zone, Mr. Johnson Fati.

The workers vowed that there was no going back on the 21-day ultimatum already given to the PHCN management to attend to their demands.

Fati said that despite the ultimatum, none of the demands had been met by the management of the company as at Tuesday.

The statement read in part, 'We, as stakeholders in the sector, have resolved not to stay aloof while our only means of livelihood, which we have laboured for, for decades collapse as some wish.

'As a result of this, we in the Western zone comprising Oyo, Osun, Kwara, Ondo, Ekiti and part of Ogun State are fully mobilised to actualise our demands, and if after May 17, 2010, management still refuses to listen to us by giving us our legitimate rights, our members will stay at home.'