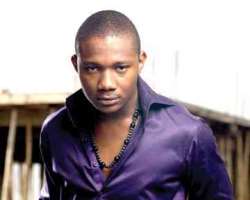 Mike Anyasodo
For 10 weeks last year on the Project Fame show, Mike Anyasodo stole the hearts of millions of Nigerians. Male, female, young and old instantly fell in love with the emerging star for his charm and energetic performances. He was nicknamed Boy wey get swagger as a result.

'If I can do it, then every Nigerian and African child can. I got this far by fear of God, perseverance and hard work.'