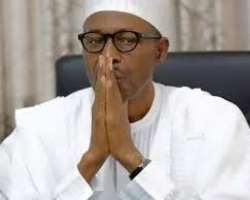 President Muhammadu Buhari and Senate President Bukola Saraki on Wednesday extended their condolences to the Saro-Wiwa family as well as the government and people of Rivers State on the death of Ken Saro-Wiwa Jr.

A statement the Special Adviser to the President on Media and Publicity, Mr. Femi Adesina, said Buhari also commiserated with the people of Ogoni Kingdom over the passage of the author and environmental activist.

He described the deceased as an ardent believer in the unity, progress and stability of his community.

ï¿¼He added that the late Ken Saro-Wiwa Jr. was a promising Nigerian whose willingness and dedication to the clean-up of Ogoni land inspired a healing process in Nigeria after the death of his father, Ken Saro-Wiwa.

'As the world mourns Saro-Wiwa Jnr, the President believes the commitment of the journalist in serving three Nigerian presidents in various capacities clearly exemplifies his patriotism, statesmanship and foresightedness,' the statement read in part.

'President Buhari, who has initiated the process of cleaning up the Niger Delta region, urges family, friends and associates to honour Saro-Wiwa's memory by making his dream of an environmentally safe, secured and prosperous Ogoni land a reality.

'The President prays that the Almighty God will comfort all who mourn the deceased and grant his soul eternal rest.'

Saraki in a statement by his Special Adviser on Media and Publicity, Yusuph Olaniyonu, described the death as a monumental loss not only to the people of Niger Delta but to the country and the world at large.

He said, 'I am shocked by the news of the untimely death of Saro-Wiwa Jr. This is one young man who had not only stepped into the shoes of his late father in fighting for the rights of the people but had amply demonstrated his capacity as a leader in some of the private and national assignments undertaken by him. It is so sad that he left us too soon.'

The Senate President commiserated with the immediate family of the deceased, the government and people of Rivers State, the Niger Delta Region and the entire country over the 'unfortunate occurrence'. Punch