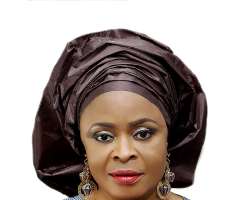 projects.
Represented by his deputy, Mrs. Cecilia Ezeilo, the governor made the

failed sections of federal government-owned roads to curb the adverse

stress-free experience.
Governor Ugwuanyi noted that the road which he described as “an

important gateway into the South-East” would be delivered on schedule

despite the grim economic situation in the country.

The state’s Commissioner for Works and Infrastructure, Engr. Patrick

Ikpenwa, urged the people to cultivate the habit of monitoring

contractors handling road projects in their areas and inform the

government of any shortcomings observed.
In his response, the Managing Director of the firm, Engr. Anayo

Onwuegbu, commended the governor’s enthusiasm to transform the state,