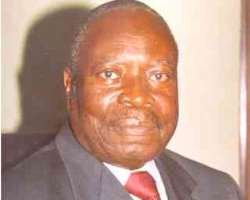 Folu Olamiti
The Independent Corrupt Practices and other Related Offences Commission on Monday said it had recovered N600m from the Nigeria Customs Service, which it claimed the service had failed to remit to the Federation Account since 2005.

The anti-graft agency also said that it had commenced the probe of the Customs, based on allegations made against it by the Central Bank of Nigeria that it short-changed the Federal Government.

The NCS, the second largest revenue generating organ of government, is being funded by the Federal Government through seven per cent of the total revenue it collects annually, and which the law permits it to withhold.

The ICPC claimed that its initial investigation conducted on the agency had revealed that the service had not been remitting its annual unspent balances to the Federal Government's sub-Treasury since 2005; hence it discovered that so far, it owed the government more than N600m.

The Resident Consultant to ICPC on Media and Public Matters, Mr. Folu Olamiti, who confirmed the story, said that the commission had not concluded investigations into the revenue profile of the government agency.

Indications that the problem of poor remittances by Customs into the federation account was real emerged some weeks ago with the intervention by the House of Representatives, which held a public hearing on a bill seeking to repeal the Customs and Excise Management Act of 2004.

The bill in question is meant to re-organise the NCS with a view to shoring up its revenue generating initiatives, improve workers' welfare and plug up the holes in its remittance of generated revenue to the Federation Account.

A report on the bill was said to have been laid before the House of Representatives two weeks ago by the Committee on Customs, headed by Mr. Yakubu Dogara.

According to the report, the Customs is said to have proposed the involvement of the Economic and Financial Crimes Commission as an instrument to assist it in recovering huge amounts of monies owed it by different government agencies and private organisations.

The House, which approved the report, also endorsed the request that EFCC be drafted to recover the N46bn owed Customs by the Nigerian National Petroleum Corporation, being the amount accruing from tax on petroleum products, which the corporation imported into Nigeria within a specified period.

The EFCC is also to assist NCS in recovering the sum of $5bn being unpaid levy by crude oil exporters, who are said to have violated the law by failing to pay the levy after exporting crude oil.

Perhaps, to curb the leakage of funds, the NCS recently stopped eight Nigerian banks from collecting import duties on its behalf for alleged discrepancies of about N5bn discovered by officers of the service's Duty Investigation Team.

Meanwhile, the ICPC has intensified investigations into the activities of the Chairman of Obudu Local Government area of Cross River State, Mr. Justine Ugbe, over his alleged embezzlement of the sum of N200m.

The ICPC said its preliminary investigation of the chairman had revealed that he had been awarding contracts at inflated costs with the assistance of party members and cronies without recourse to due process.