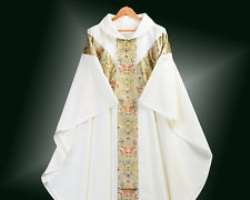 Francis Ngalande, a Malawian Roman Catholic priest, has been arrested by the police.

The man is currently in police custody for allegedly defiling a 16-year-old girl.

According to News 24, the priest from central Malawi's rural district of Ntchisi defiled the girl on Friday.

According to the police, Ngalande had arranged to meet the secondary school student who he has been supporting by paying her school fees and praying for.

However, when he met the girl for prayers as usual, he took her to a lodge where he defiled her.

Upon learning of the abuse, the girl's parents reported the matter to the police who arrested the priest. A medical report confirmed that the girl was indeed defiled.

The leader of the Catholic Archdiocese of Blantyre in southern Malawi, Archbishop Thomas Msusa, once admitted to the media that some priests sometimes found themselves in collision course with celibacy law. Msusa made the remarks when about five priests from his archdiocese were suspended over suspicions of breaking the celibacy law.

“When one is on suspension, it means they have been given time to choose what they want; whether to continue as a priest or not. The time one stays on suspension depends on the nature of the issue in question as there is need for thorough investigations,” he said.

Msusa added: “It's not in our place as human beings to judge each other but fulfill God's wishes of loving and forgiving one another.”

He said it was rare that after suspension, a priest would decide to abandon priesthood vocation as most of them repented and served God actively through priesthood.

According to Msusa, it was not true that the church concealed s*x scandals , but was quick to explain that any institution had internal mechanisms for dealing with problems