The Making Of A Nation 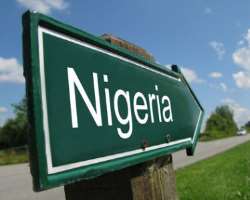 The fundamental philosophical underpin of any imperial power is to derive maximum benefits from the colonized territories, drawing inspirations from jaundiced western scholars` postulations that the greatness of a nation was known by the number of colonies it possessed. That certainly was what informed the 1914 amalgamation of Northern and Southern Nigeria into what is today the largest concentration of black people all over the world.

The British colonial policy of Indirect Rule was premised on using local traditional rulers and that the economy of the territories should be able to sustain themselves without money from London. While Lord Lugard and his fellow colonialists were reaping the benefits of their colonial exploits, the people of the areas were hoping for the day that the colonial yoke would be removed from their necks.

Thus in 1922, the British realized that the flame of independence agitation could not be quenched and that saw the first constitutional development of the country: the Clifford Constitution. For the first time, the elective principle was put in use with a 46-member legislative council for the colony of Lagos, Southern provinces and that of Calabar. The idea of the colonized people to be in charge of their affairs was born with the British colonizers as Mother Superior in what could be described as political nunnery.

The constitutional development of the country saw the 1946 Arthur Richard constitution that really defined Nigeria in terms of regions. The regional governments of the North, West and East were born. This led to the birth of political parties and political activities, and prominent among them was the National Council of Nigerian Citizens. The electorate were represented at the Houses of Assembly and the legislative councils. This could be said to be the beginning of federalism in the country.

Historians and political scientists are at pains to point out that these constitutional developments were imposition from the colonial powers as a deliberate effort to slow the momentum for independence. Therefore the 1951 John Macpherson constitution was the first test of people power as the citizens were involved in constitution making. There were meetings at five levels – village, district, divisional, provincial and regional levels. Meeting and consultations were held in Ibadan, Enugu and Kaduna. That is probably the reason one eminent scholar described the 1951 constitution as `no other constitution so widely reached out to the people than the Macpherson constitution of 1951`. The beauty and eternal values of that constitution was the introduction of African elected majorities in the central legislatures and the regional houses of assembly. It also established in real terms the federal system of government and devolution of powers. There were constitutional conferences held in London with Dr Nnamdi Azikiwe, Alhaji Ahmadu Bello, Chief Obafemi Awolowo, Chief Anthony Enahoro, Chief Festus Okotie-Eboh leading other prominent Nigerians to argue the Nigerian case and the need for self governance. The virus of tribalism was absent in their political disposition and they saw themselves as national figures and not the present tribal cocoons that today politicians are enmeshed in. However, the Kano riots and the slow pace of constitutional development rendered the constitution inadequate for the situation.

The politicians and the colonial masters hammered out the 1954 Lyttleton constitution, the bedrock was the near autonomy of the regional governments of the central government. The politicians were more comfortable in staying in their regions rather than going to Lagos and that informed the urbane and highly influential Ahmadu Bello to remain as the governor of Northern Nigeria and had to send his political protégée Abubakar Tafawa Balewa to represent him in Lagos unlike the present system where politicians are flocking to Abuja to get a hand at the national pie without thinking of how to improve on their internally generated revenue. There was unicameral legislature for the federal government and each of the regions. Lagos was taken out of control of any regional government and was made a federal capital territory.

It was all these political developments that eventually led to independence in 1960 and the parliamentary system was born. That is why it is often said that Nigerian independence was got on a platter of gold. Unlike Kenya that was involved in the long drawn Mau Mau war or Algeria war of independence with France, no shot was fired and maybe that is why the successive politicians and the military dictators did not value the sacrifices of our political forebears.

At independence, Nigeria operated a parliamentary system. There was the senate and House of Representatives at the federal level. At the regional level, there was the house of assembly and the house of chiefs. The tragedy of that constitution was that the Queen of England was the head of state and there was a governor-general who represented the Queen and a prime minister as head of government. However, three years down the line, Nigeria became a republic and a president that was directly elected by the federal legislatures and sovereignty was given to the electorate.

The constitutional development and the greatness of the nation were cut short with the appearance of the military marauders on the political scene. The January 1966 coup and July 1966 counter coup altered the political journey and reversed the gains of previous constitutional development. Ethnic suspicions and the cries of marginalization became the order of the day. The military destroyed the political system and the concept of federalism was replaced with unitary system of government. One event led to the other and Nigeria was enmeshed in an unfortunate civil war. The nation was balkanized under the veneer of states creation and the states became more dependent on the central government. Every successive military coup and leader saw it as an article of faith to create more states as way of warming themselves into the hearts of the people

Therefore the present agitation for restructuring of the country is unfortunate fallout that the Nigerian federation is not working. It is simply against the grains of federalism for states to go to Abuja with bowls for money. The recent federal government bailouts to the states to pay their salaries show that the system is not working and that most states cannot stand on their own. There is no shortage of constitutional development in the country. Nigeria changed from parliamentary system to the presidential system in 1979 and Alhaji Shehu Shagari became the first executive president. But that did not quench the thirst of military dictators for power. It is ironic that the man who overthrew Shagari is our elected leader today and has refused to hearken to the call for constitutional overhaul to make our nation work for the benefit of all.

From IBB winding transition programme to General Sani Abacha national confab described by Bola Ige as the `five fingers of leprous hand` to President Olusegun Obasanjo confab that was meant to elongate his tenure, the nation has been galloping from one problem to another. The truth of the matter is that those problems that caused the Nigerian civil war are still with us and that the oafish indifference of the Buhari administration can no longer be justified. Buhari and his team may dismiss the Jonathan 2014 confab and some of its fine resolutions. But to say that the nation should not be restructured is to live in a fool`s paradise. The Nigerian nation is not just working. Boko Haram, the Fulani herdsmen menace, Niger delta militancy, the sprouting of ethnic militia and other ills plaguing the nation are the pieces of evidence.

Prominent Nigerians in the mould of Wole Soyinka and Alhaji Atiku Abubakar had called for restructuring but those in government are wearing plastic ears. There is need to address fiscal federalism, state police, the immunity clause, return to regional government or making the states viable. No less figure than Prof Ango Abdullahi added his voice to the call for restructuring recently. He was down to earth about the consequences of not restructuring. Hear Him: `Nigeria can break up, it is not indivisible. If Nigerians have found it difficult to live together in peace, the component units should find it convenient to go their separate ways`.

And recently the Catholic Bishops of Nigeria called on Buhari to leave his high horse and heed the call for restructuring. These are the sentiments of the Bishops: `We wish to state firmly that the debate about the restructuring of our country should not be seen as an act of rebellion or as a call for division. it should rather be seen as a expression of our people`s desire that the political class return to the fine principles of democracy such as true federalism, negotiation and consensus building as a means of achieving a more equitable distribution of the resources of our country`. It could not be better put. History and destiny beckon on the present set of leaders to put the interest of the majority above their parochial ambition of domesticating power. Nigeria sits precariously on the horns of dilemma. Happy birthday at 56.