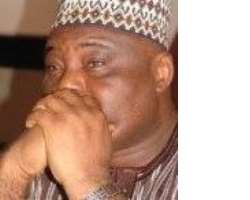 A national chairmanship aspirant of the Peoples Democratic Party, Chief

people to manipulate the governorship election.
Dokpesi, who made the claim in Etsako East Local Government Area of the

state, said he had been trying to get in touch with the Inspector-General

of Police, Ibrahim Idris, to draw his attention to the problem.

He suggested that although the election had been peaceful in his area, the

same could not be said of the entire state.
“I am still trying the number of the Inspector-General of Police to

caution his men in Edo who are being used to manipulate the election,” he