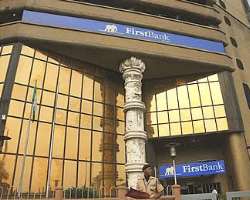 FBN Holdings Plc is demonstrating its commitment to support people living with disabilities in its communities through the advocacy campaign for the World Cerebral Palsy Day.

To commemorate the day, FBNHoldings is collaborating with the Benola Cerebral Palsy initiative to organise a charity walk and enlightenment campaign for Celebral Palsy on October 1, 2016 .

The walk will take off at the Airforce Primary School Abudu Street, off Elsie Femi Pearse, Victoria Island Lagos at 7. 00am .

Cerebral Palsy is one of the groups of non-progressive, non-contagious limitations of movements that eventually lead to various types of physical disability in affected persons. Its impact can range from a weakness in one hand, to almost a complete lack of voluntary movement.

Some features of Cerebral Palsy include; inability to talk or walk, intellectual disability and epilepsy.

It is a lifelong ailment that has no known cure. Presently, over 17 million people live with the condition and 350 million people are affected by it worldwide.

In Nigeria, an estimated 700,000 children live with Cerebral Palsy.

The Group's support for the Cerebral Palsy walk is implemented on the platform of its 'Hope Rising' initiatives aimed at providing health and welfare support for persons living with disabilities. Staff members would also participate at the event under the Employee  Giving and Volunteering Platform, designed to encourage employees to individually and collectively contribute to social responsibility projects to further entrench social responsibility as a core component of its organisational culture.

Commenting on the support for the campaign, the Global Head, Marketing and Corporate Communications, FBN Holdings Plc, Mrs. Folake Ani-Mumuney said that the Group would continue to support causes that impact on the lives of the people and empower its communities.

The Benola Cerebral Palsy Initiative is a non-profit organization committed to engendering change and progress for persons living with Cerebral Palsy.

The World Cerebral Palsy Day is a movement of people with cerebral palsy, including their families and the organisations that support them. They have a vision to ensure that children and adults with cerebral palsy (CP) have the same rights, access and opportunities as anyone else in the society.

The World Cerebral Palsy Day is held annually on the first Wednesday of October.