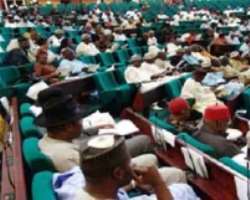 The House of Representatives is set to constitutionally empower the President of the country by compelling him or to establish State Police in all 36 States of the Federation and the Federal Capital Territory (FCT).

This followed the second reading of a Bill for an Act to Alter the Constitution of the Federal Republic of Nigeria 1999 to provide for the Establishment of State Police and to Ensure Effective Community Policing in Nigeria and for Other Related Matters on Tuesday.

According to the sponsor of the bill,  Abiodun Awoleye (APC, Oyo) an amendment to the 1999 Constitution  to allow the government establishment of a State Police in all the States has become imperative with the attendant negative effects of the centralization of the Nigeria Police Force (NPF) that has alienated it from the people.

He cited high level of crime and criminality in the country, which he said was as a result of the centralised nature of the Nigeria Police Force.

The establishment of a State Police will not only change the orientation of the personnel of the Nigeria Police but also make it more service oriented force, the lawmaker said.

The bill also seeks to change the name of the Nigeria Police Force (NPF) to the Nigerian Police Service (NPS), in addition to advocating for the establishment of Police Councils and Police Service Commission in all the 36 States and the FCT.

In his remarks, Speaker Yakubu Dogara noted that all the contentious issues in the proposed legislation will be address by the relevant House Committee.

The bill was referred to the Special Ad hoc Committee on the review of the constitution after it was unanimously passed.