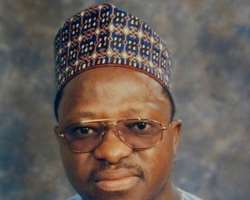 THEWILL recalls that Dariye, a former Governor of Plateau state, announced his defection to the All Progressives Congress (APC), citing the leadership crisis in the party as reason for the action.

However, the party, in a statement signed by Amos Gombi, Deputy Chairman of PDP, Plateau, urged INEC to conduct fresh election in Dariye's constituency since he had abandoned the party where he contested and won the election.

“In 2015, Sen. Dariye contested and was elected on the platform of the PDP as senator, representing Plateau Central Senatorial Zone,” Gombi said.

“But, by leaving the party, he cannot under this circumstance, lawfully and legally retain his seat as representative of the people in accordance with section 68 sub-section 1 of the 199 constitution as amended.

“We strongly condemn this act and demand that he should honourably resign and vacate his seat as senator representing Plateau Central, haven become a member of another party before the expiration his tenure.

“So, we categorically call on INEC to immediately declare his seat vacant and conduct fresh election to replace him.”