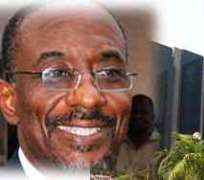 As the first quarter of 2010 ended without much credit from banks to the real sector, stakeholders fear that credit freeze into the second quarter may be unbearable for businesses, Sunday Ojeme writes.

This week, the Monetary Policy Committee meeting will be convened to again deliberate on the fiscal direction of the country. With the Asset Management Corporation of Nigeria now taking shape to soak up the bad debts incurred by the rescued banks, analysts are of the view that the banking sector is set to strengthen its pillars on which the economy rests.

In spite of the glowing outlook enunciated by the passage of the AMCON Bill by the National Assembly, a disturbing phenomenon that is yet to be resolved is the issue of credit to the real sector. Much as the Central Bank of Nigeria tries to encourage lending, available records show that response in that regard from banks almost remained flat in the first quarter of the year compared to the same period in the past.

In its latest quarterly publication on monetary and credit policy, the CBN observed that the current credit squeeze, which manifested in sluggish growth in credit to the core private sector remained a big threat to domestic production.

The apex bank has done a lot within its power to ensure that banks lend to the real sector. But the reluctance on the part of the lenders to free credit has also been attributed to the policy direction or otherwise of the regulator, which caught some banks unawares last year.

While Nigerian consumers and businesses are struggling to access credit despite successive attempts to stimulate lending, the banks have resolved to be selective in their lending.

This much was confirmed by the Managing Director of Ecobank Nigeria, Mr. Jibril Aku, when he said banks were now careful not lend to marginal players in the various sectors.

Although the absence of credit bureau has been fingered as being responsible for failure in the credit system in the past, observers still doubt if the presence of the credit history custodians will in anyway encourage lending soon even with its capacity to boost the economy and create wealth.

Managing Director, CeditRegistry Plc, Mr. Taiwo Ayedun, said, 'With lending comes the ability for consumers to now spend more and when consumers are spending more, that means the quantum of buying and selling will now increase and that ultimately is going to lead to employment generation. This is because the manufacturers of goods will now produce more to meet the demand.

'This will lead to increase in employment, lead to wealth creation and improve the tax base.'

Since July last year, the CBN has left its benchmark interest rate on hold at six per cent. This is aimed at encouraging banks to grow their loan books while also pumping about N1.2tn in subsidised credit into the economy, but the impact has been limited.

Analysts at Afrinvest believe that the CBN highlighted the need to substantially increase lending to the real sector under its blue print for reforming the financial system, which culminated in the cut in the standard depository facility rate by 100 basis points from two per cent to one per cent while maintaining monetary policy rate at six per cent and standard deposit lending facility rate at eight per cent.

According to the analysts, 'This precipitated an immediate crash in inter-bank rates across varying maturities. The rationale behind this move was to increasingly make placement by banks with the CBN unattractive, therefore forcing the creation of new risk access (especially towards the real sector) albeit in line with prudential guidelines.'

For a long time, businesses and individuals have been feeling the squeeze, coupled with the poor infrastructure that has seen inflation remaining at double digit since the beginning of the year.

While observers thought the first quarter would see an unending flow of credit, the reverse was the case as banks froze lending and concentrated on loan recovery.

At least three banks - Stanbic IBTC Bank, Skye Bank Plc and First Bank of Nigeria Plc - have come out openly to express their willingness to lend. While Stanbic IBTC and Skye Bank said they intended to grow their loan books by 20 per cent, First Bank said it was eyeing 10 per cent this year, although the banks did not reveal how much of the loan would be extended to the real sector.

The Group Managing Director, First Bank, Mr. Bisi Onasanya, had said financing conditions for businesses remained difficult as banks maintained a cautious approach to credit expansion, adding that it was expected to continue into 2010.

Back in 2008, Nigerian banks extended credit aggressively for everything from cars to homes and shares. Credit growth to the private sector outstripped government spending for the first time in 2008, raising hopes that a substantial middle class was starting to emerge in the country of about 140 million people.

'The CBN is taking direct steps to release money into the real economy (but) the healthy banks are reluctant to expand their loan books as a result of the clean-up, which highlighted major flaws in their risk management,' CSL stockbrokers said in a research note.

The President, Lagos Chamber of Commerce and Industry, Otunba Femi Deru, told our correspondent on Saturday that the economy would be worse off if banks maintained their position on credit freeze in the second quarter.

According to him, 'Obviously, money is the machine that manufacturers will use to complete their operations. To be sincere with you, we expect something better from the banks this second quarter otherwise, the real sector will be worse for it. We need money to run businesses and the banks should see lending to the real sector as an opportunity to bolster the economy.

'One thing that surprises me is banks refusing to lend because of what they consider as risks. I know they have to be tactical but at least, as bankers, they should be able to take some risks because risk itself is part of the profession.'

He said he appreciated the fact that the banks were cautious of fallen victims of CBN's possible policy summersault but added, however, that the real sector might gradually grind to a halt if they continued to experience dearth of credit.

'If they don't give them money, the sector cannot operate. We are looking forward to a change of mind so that the second quarter will not be as bad as the first quarter. The purchasing power must not be allowed to continue to go down. People won't be able to buy as much as they want to buy. They only now buy just for the sake of their stomach,' he noted.