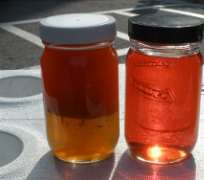 SAN FRANSCISCO, September 15, (THEWILL) – The Africa Network for Environment and Economic Justice, ANEEJ, has called the attention of the federal government to the activities of Swiss commodity trading companies, Vitol and Trafigura, which it accused of taking undue advantage of weak fuel standards in Africa to produce, deliver and sell diesel, Premium Motor Spirit, PMS, and gasoline, which damage the health of the people.

Addressing reporters in Abuja on Thursday, the Executive Director of the non-governmental organisation, NGO, Mr David Ugolor stated that Vitol and Trafigura specialize in importing dirty fuels to West Africa, including Nigeria, adding that their business model relies on an illegitimate strategy of deliberately lowering the quality of fuels for gain.

“These products contain higher levels of Sulphur and other harmful poisons that can never be found in Europe and the United States.”

The ANEEJ executive director further stated that by selling such fuels and diesels at the pump in Africa, the traders increase external air pollution, causing respiratory disease and premature deaths.

“We all know that poor air quality poses serious risks to public health. As air quality declines, the risk of stroke, heart disease, lung cancer, and chronic and acute respiratory diseases increases for residents of cities where the people rely on diesel to power their means of production,” he said

Ugolor pointed out that the dirty fuel shipped to West Africa by Vitol and Trafigura are known to burn very fast, equally leading to huge economic losses to vehicle owners in the African sub region.

“It is impossible to continue to remain silent about this problem, especially for the short and long term repercussions on the health and economy of our people. And therefore, the Africa Network for Environment and Economic Justice (ANEEJ), an NGO strong in the areas of anti-corruption, environment, poverty alleviation and good governance, in collaboration with a Swiss NGO, the Public Eye, formerly the Berne Declaration, have carried out this campaign against Dirty Fuels in the West African Sub-region with the intention to address it.”

ANEEJ further called on the federal, states governments and other stakeholders to work closely with the National Assembly and help activate all environmental laws that would check the illegitimate business activities of Vitol and Trafigura.

It called for an increase in the oversight functions of all regulatory bodies like the Petroleum Products Pricing Regulatory Agency, PPPRA, urging Nigerian authorities to participate in setting up a task force in the sub-region to carry out a massive enlightenment against dirty fuel.