HOW TO PRACTICALLY LOVE PEOPLE (Part One) 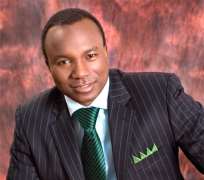 This four letter word, although different in various languages, has a magical power in it. The magical power of love can be attested to by history. Kingdoms have risen because of this word. Nations have fallen because of this simple word. Wars have been started because of the word love. Empires have been ruined and divided on the basis of this one word. Genocides and massacres of whole people groups have taken place all over the world because some people felt they were not loved, or deserved less love than others. People have attempted to wipe out these whole races just because somebody professesed to love his own race better than another.... Love!

Nations attempt to annihilate other nations in war just because they profess to love their nation better than the other one. As a matter of fact, religious wars were started across continents because some people claimed to love their God more than other people’s Gods. Again the word Love!

Indeed most of the conflicts we have in the world today have their origin in what men have come to call Love. Millions have been deprived of their fundamental human rights, because those who deprived them claimed to love themselves and their own minority groups more than the other. The explanation again is Love!

As you are reading this ladies and gentlemen, weapons of mass destruction have been invented. They are powerful enough to wipe out the whole world 100 times over. The justification?... nations claiming to love their own countries more than another. You could call this the absurdity of love.

THE WORLD OF SOCIAL MEDIA
In our modern age of Facebook, Twitter, Instagram, Google plus and Skype etc, mothers have lost their teenage daughters because of this same word love. Men and women have become victim of love scams, because of the word love. Homes have been broken. Families have been destroyed, because of love found and lost over the Internet. Girls and boys have turned their backs on their parents who gave birth to them and invested at least 20 years of their lives raising them up, just because they found love.

Covenant relationships, like relationships between father and mother, parents and children are easily thrown out the window, because somebody wrote those magical words on social media –I love you. Trust has been broken because of this so called love.

There is no end to the tales and stories of the havoc and triumphs that love has wroth. Yet it is through this word love that the greatest evolution in mankind occurred. A man came into the world 2000 years ago and amidst military struggles for empires, he declared the futility of military power. He was ready to conquer the world, but only by love.

CONQUERED THROUGH LOVE
Jesus did what no human being was able to do in the history of humanity. He conquered the world indeed, but not through the power of weapons or military forces. He brought nations to submission, by the power of that singular word- love.

“Hate cannot drive out hate: only love can do that.” - Martin Luther King Jr.

2000 years later, the world does not nearly look how it used to look before He introduced that one word... love. Before He came, nations were never subdued by anything else but war. When He left, nations were not won anymore by wars, but by love. It used to be that military power and strength determined the greatness of a man or nation.

After His love revolution, you are only great according to the amount that you love. Men of love have become greater than men of war. It is He Who declared that for you to become great, you must be small. To become first, you must be the last. It is a paradox that could not have been imagined in the slightest when Jesus walked the earth. But years after His ascension, even government ministers refer to themselves as servants, while the most important of them all, the Prime Minister, is translated as the first of all servants or as the chief servant.

“When I despair, I remember that all through history the way of truth and love have always won. There have been tyrants and murderers, and for a time, they can seem invincible, but in the end, they always fall. Think of it--always. - Mahatma Gandhi

Who does that without the power of weapons? How could changes like this be accomplished without the fierceness of war? Friends, only one force could do this, the force of love. To crown it all, that man from Galilee, declared that only one thing matters in life – LOVE.

According to Him, the supreme assignment and purpose of man on the earth is to demonstrate his abandoned love to God and his fellow man. What? Of all the activities on the earth, do you want to say that the only thing that is important is love? Not building industries? Not governing nations? Not even making money? And it’s not building empires? Not forming armies? Or creating military might? Just love?

“It is an absolute human certainty that no one can know his own beauty or perceive a sense of his own worth until it has been reflected back to him in the mirror of another loving, caring human being.” ― John Joseph Powell

NOTHING WORKS WITHOUT LOVE
History has come to prove Him right because if you don't build your industry on the principles of love, that industry will turn into a gas killing machine as Hitler discovered. If you want to govern a nation and you neglect love, we know the futilities of that kind of endeavor, for example segregation in America and Apartheid in South Africa. Is it money you want to make? Without love? Well many have tried it and have discovered only emptiness and some have even committed suicide and ended their lives without purpose. Again friends, history has come to prove Him right.

What about trying to build an empire without love, the most enduring of all empires, which was supposed to be built to last forever, sooner or later discovered the senselessness of such a grand dream. After 900 years of existence, the Roman Empire self-imploded.

Not too many people these days would try to dispute with His concept of love. Too many examples abound to convince anyone who would try to argue, that the new law that this self-proclaimed Son of God brought to earth is now the new order of the day. The world must now run by this order of love. Whether men like it or not, the rules of the game have changed, love is now the order of the day because love is God's order in heaven. For God Himself is love. The earth does not have much option than to succumb.

THE COMMAND TO LOVE
Is it not about time ladies and gentlemen, for us to give a more thorough examination into why the greatest of all commandments has to be love? If military forces have to give way, are you still having a second thought? If kingdoms and empires are now history, what do you think your end will be if you don’t consider love? According to the Master, the world is made to function by love. Love is the gas that our vehicles run on. Love is the oiling in our engines. It is the motor of our vehicles. When we live by love, things work out well and fine. When we live and act against the principles of love, we hurt and suffer. Life becomes painful. Life becomes unbearable. Life turns into a torturous experience. Because friends, we were made to love.

Ladies and gentlemen, let me now take you to the crux of our message today. Is love a possibility for an ordinary mortal like you and me? Can Christ's commandment be truly obeyed? Can we individually love our neighbors as ourselves? Is it still practical in our cyber world today to love our neighbor? Or is it old fashioned?

HOW DO I LOVE PEOPLE?
* JUST LIKE ME, THIS PERSON IS IN NEED OF HAPPINESS

The principle of love expects us to first of all put ourselves in the place of another. We must first of all assume that people everywhere have some fundamental basic needs and desires that are universal. One of these universal needs is to acknowledge for ourselves that everyone, no matter their race, nation, age or sex, is just like us. Every man or woman everywhere has feelings and if they have feelings, they feel what I feel. Everybody everywhere has emotions. They experience what I experience. Meaning I can understand my fellow man, because I can feel what he feels.

“...love people when they least expect it and least deserve it. That is the kind of love Jesus shows to us.” ― Mark Batterson

One of the fundamental needs and desires in the heart of all my fellow men is the desire and the need to be happy. It is natural that men desire and crave happiness even when they don’t realize it. People are always looking for happiness.

Dear friends, when you next see somebody, put yourself in their place and assume in your mind, that the person you are seeing, needs happiness and wants happiness, just like you. We all appreciate it when somebody comes to us and makes us really happy. On the one hand, we are all excited about the fact that we are giving joy and happiness, but on the other hand, someone else around you is waiting that you or others would also give them happiness.

“Love is that condition in which the happiness of another person is essential to your own. - Robert A. Heinlein,

Selfishness however makes men only want to think about themselves. They refuse to remember that just like they desire happiness, so does every one of their neighbors. Just like me, this person I am standing with right now, wants to be happy. Onсe that understanding is reached, you must add to your understanding action. If it is true that this person in front of me wants to be happy just like me, then I must ask myself the question, how can I make his dream and aspiration for happiness come true?

So each time you meet people, don’t just recognize that they want to be happy like you, but more importantly ask what you can do to facilitate the joy and happiness of these people. If you don’t have the money to facilitate what these people need, you still have something to add to their joy.

"The greatest happiness of life is the conviction that we are loved; loved for ourselves, or rather, loved in spite of ourselves." — Victor Hugo

But the key factor here is to recognize the fact that you are focusing not on yourself but on meeting the needs of the other. Your focus is the happiness that the other man is craving for. Do something about it. Contribute, maybe through your smile, touch or embrace. Contribute something, just to make sure the man gets some happiness, just like you desire to have.

The paradox of life is that what you do to others, God promises to do to you, so your act of kindness is never lost. It becomes a seed that comes back to you in the form of a harvest.

"And remember, as it was written, to love another person is to see the face of God." — Les Miserables