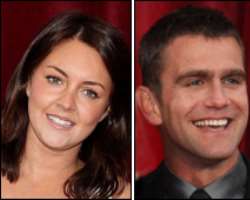 EastEnders came out on top at the British Soap Awards, scooping 10 awards to Coronation Street's three.

Accepting the best British soap prize for EastEnders from Paul O'Grady, actor Adam Woodyatt said: “I haven't prepared a speech because Babs Windsor was supposed to have been up here tonight and, unfortunately, she's not feeling well, she's at home.

“So Babs, I hope you're feeling better and you're back at work next week.”

Picking up his best actor prize, Maslen, who also won sexiest male, said: “This ain't taken too seriously. It's nice. It's another doorstop.”

Other EastEnders wins included best exit for Charlie Clements – who played Turner's on-screen husband Bradley – for his death in the soap's live episode.

Larry Lamb won villain of the year, for Archie Mitchell, while the mystery over the character's death won best storyline.

Coronation Street's Driver, who could not pick up her award in person because of illness, said in a recorded message she was “so excited I don't know what to say”.

“I'm not very good at making speeches but I want to say thank you to everyone, especially ITV, the soap awards and the lovely Granada where I've worked for over 40 years.

A montage of her most memorable moments was shown before the audience gave a standing ovation.

Hollyoaks won the special scene of the year for a storyline involving a parachute jump while Emmerdale writer Bill Lyons won a special achievement award.

The awards will be shown on ITV1 on Wednesday, 19 May.