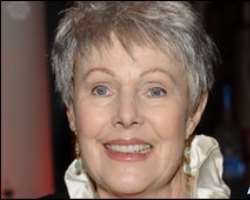 Friends and family of Lynn Redgrave have paid their last respects at her funeral in Connecticut.

The actress, who died last Sunday at the age of 67, was part of the Redgrave acting dynasty.

Speaking after the service, Brendan Fraser – Redgrave's co-star in the 1998 film Gods and Monsters – paid tribute to her “quiet bliss and enthusiasm”.

He said she had helped him to learn to respect acting.

“I think if I ever saw her sad it was in a performance,” he added.

Tony nominations
Redgrave was nominated for the best supporting actress Oscar in 1999 for Gods and Monsters. She also received a best actress nod in 1967 for Georgy Girl.

The actress, who died of breast cancer, was the third child of actors Sir Michael Redgrave and Rachel Kempson.

After a private funeral at the First Congregational Church of Kent in Connecticut, she was buried near her mother in a rural cemetery over the state line in Lithgow, New York.

Her older brother, Corin, died last month while her niece, Natasha Richardson, died from head injuries after a skiing accident in March 2009.

Her stage work on Broadway was recognised with award nominations for plays including Mrs Warren's Profession, Shakespeare for My Father and The Constant Wife.