The Change mantra: Too little, too late, By Folu Olamiti 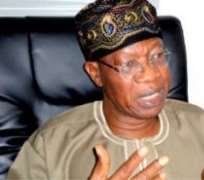 Not too long ago, on March 17, 2009, to be precise, Nigerians were roused to a blistering campaign on attitudinal change. Its passcode was:Nigeria, Good People, Great Nation. And it was from the fertile ideas factory of the then Minister of Information and Communications, the late Prof Dora Akunyili. May God rest her beautiful soul.

In her characteristic fashion, she plunged every fibre of her being into the campaign. She mobilised every resource to push the mantra. And in a jiffy, the airwaves, social media and the conventional media, especially print, were on fire with their news with the slogan. It was powerful; it was forceful. Ironically, the more people heard and listened to it, the more disenchanted they appeared to be.

A few years later, the National Orientation Agency (NOA) under Mike Omeri launched a fresh campaign anchored on the slogan: Do The Right Thing. Yet the effort met with similar indifference by Nigerians whose attention it was meant to catch. Indeed Omeri NOA initiative fell flat on its face as he failed to correctly judge the mood of Nigerians with the poor reflexes they seemed to be getting from the government of the day on economy and their general well- being. This forced the question; Why?

The answer was not too far to locate. There was an apparent disconnect in the campaign between the people and those in government. It failed to psyche up the masses and they could not see or feel why they should feel good or key into the slogan. No sooner that the initiative was launched than it went into oblivion. It went with the enormous resources invested in it. Everything went down the drain.

The questions begging for answers; What did we learn from these moribund rebranding campaigns? What lessons have we brought to the table to guide our policy makers in their latest attitudinal change campaign? The initiative, launched in Abuja on Thursday 8 September 2016 has theme; Change Begins With Me.

It is good to galvanize the populace to be on the same page with the government in its various initiatives towards making Nigeria an utopian state (if there is any such thing) in all its ramifications, be it political, social and economic. But from my observation, the people that should have been mobilized to buy into these projects have always been inadvertently left out. Hence they are often dead on arrival. The reason is not difficult to locate: our policy makers love putting the cart before the horse.

Let the truth be told; the “Change Begins With Me” campaign came too little and too late. It is belated. For me, the change mantra started way back when President Muhammad Buhari was sworn in as the President of Nigeria. The people voted massively for him because they saw in him a renewal of hope, a rebirth of sort from their seemingly hopeless estate.

The frenetic chants of Sai Baba almost became the national anthem of Buhari fanatics who showed their loyalty in diverse forms. Some trekked hundreds of kilometers to Abuja while others gave their last coin to celebrate PMB's second coming. To me, that was the point the build-up to the launch of the change slogan should have started. But from all indications, the organizers had no roadmap. No lesson was learnt from the Akunyili and Omeri experiences.

It is only after people have been properly and appropriately sensitised that the administration could then prepare for a grand take off like what we saw in Abuja on Thursday even something much bigger than that.Such preparation should have seen the architects of the programme going round the country, mobilizing the people at every stratum of society.

For Lai Mohammed and his crew to now begin to take the campaign round, for what I suspect, would amount to a waste of scarce resources, and an inducement for corruption, trust me. And an economy in recession cannot afford that.

The government should learn how to put smiles on people's faces – like the ongoing efforts for mass employment for the million of unemployed- before dreaming of how to mobilize them for change of attitude. This is certainly a challenge for the government with its current advocacy campaign, to draw new people and new nation out of Nigeria.

However, hope is not completely lost as Mr President, has pledged personal commitment and leadership for the project. His apparent goodwill and honesty will definitely be an added advantage. The people must start seeing the reflection of change which they are noticing from the President.

The cabinet members should queue in by conducting their affairs transparently. National Assembly members too should take a new attitude in which they put the interest of Nigerians first in their agenda and shun extravagant living. The Judiciary too must begin to to fight corruption within its fold and desist from trading judgement with money bags. The Nigerian Police that interface more with the public must be the show piece of this change.

This is absolutely necessary in order to encourage Nigerians to key into the change mantra.

Change must not be about mere slogans. As they say, talk is cheap. So, the architects of this mantra must show leadership by example. They must walk the talk. This must be expressed through some variations, including:

* Showing strong leadership sensibility.
* Establishing trust by proving practically to taxpayers and voters that as leaders, they are dedicated to the society, community and the people.

* Restoring confidence and demonstrating strength and leadership through actions and programmes that beam strong rays of hope for the future. And of course, ensuring fairness and justice.

Even before President Buhari got to power, he had foreseen the enormity of the problems facing Nigeria and the Herculean task of changing the culture of governance.

“The person you will depend on as the auditor to go and check the CBN, maybe he has got some substantial part of the deal. These are facts on the ground. So, what you do is to persuade them to help to amend it. And that part of the amendment is for the people to have attitudinal change to the ills of this country.”

However, no matter how hard he tries, President Buhari cannot do it alone. For the campaign to succeed, all hands must be on deck. Those charged with the implementation of his initiatives must put on their thinking caps, and endeavour to march his pace in his efforts at pulling the country out of the current recession.

This is one battle we must win for our country.
Olamiti a Media Consultant wrote from Abuja.