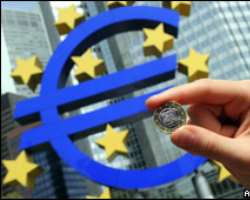 EU finance ministers are set to meet in Brussels to discuss establishing a new “stabilisation mechanism” to prevent the Greek debt crisis from spreading.

The mechanism, which is being compared to a European-style IMF, would be available to EU members.

Some European leaders want details agreed before the financial markets open on Monday, to prevent investor fears over the euro spreading.

But other countries, including the UK, oppose such large-scale support.

Speaking ahead of the meeting of finance ministers, UK Chancellor Alistair Darling said it was important to do “what is necessary” to ensure stability, but the UK would not provide support for the euro.

“I think it is important that we do everything we can to stabilise the markets to show that we are coming through what is a difficult period,” he said.

“But I am very, very clear that if there is a proposal to create a stability fund for the euro that has got to be a matter for the euro group countries, as it was in the case of Greece.”

On Friday, the leaders of the 16 countries that use the single currency approved an 110bn euro ($145bn; £95bn) loan package to Greece, which is backed by the EU and IMF.

They also agreed to take whatever steps were needed to protect the euro, and to accelerate budget cuts and ensure deficits were addressed.

Correspondents say they are looking to agree on funding of between 50bn and 70bn euros that could be made available immediately to any EU country in trouble.

While bail-outs are technically banned under EU rules, the Commission reportedly plans to extend an existing clause in the Lisbon Treaty originally designed to allow it to provide aid to member states experiencing serious difficulties that was used to help Hungary and Latvia.

'Watertight defence'
But the Commission is also seeking approval for a much more ambitious mechanism that could be used to fund hundreds of billions of dollars of loans.

The BBC's Jonny Dymond in Brussels says officials at the European Commission have laboured throughout the weekend to rush through these plans.

Under the proposals, the Commission would borrow money for the stabilisation mechanism directly on the markets to guarantee troubled country's debts.

Officials hope the loan guarantees would prevent the crisis in Greece spreading to other eurozone countries with high deficits or debts as well as low economic growth, most notably Portugal, Spain and Ireland.

“Between now and Sunday night we will have a watertight line of defence,” Eurogroup Chairman Jean-Claude Juncker said on Saturday.

Our correspondent says political acceptance from EU nations is critical.

The UK may be happy with the 70bn euro emergency package, but it is not prepared to be part of any EU-style IMF guaranteeing loans.

Deciding the contribution of each country to the stabilisation mechanism could also be a stumbling block.

Fears that a debt default by Greece could paralyse the world's financial system – just as the collapse of Lehman Brothers did two years ago – caused European, US and Asian stock markets to plunge in the past week.

On Friday, bankers urged the European Central Bank to become the “buyer of last resort” of eurozone government bonds to steady markets.

The president of the European Central Bank, Jean-Claude Trichet, said it had not yet discussed the move but was willing to respond to unfolding events.

The Italian Prime Minister, Silvio Berlusconi, and French President Nicolas Sarkozy have cancelled foreign trips because of the severity of the crisis.

In an interview with Russian media on Saturday, US President Barack Obama said: “I am very concerned about what's happening in Europe. But I think it is an issue that the Europeans recognise is very serious.”