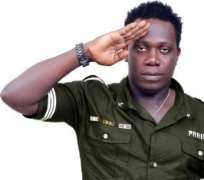 Speaking with Thenetng, the ‘Port Harcourt son’ singer said the album will drop on September 16, 2016.

The 32-year-old artist further explained what to expect from the album saying, 'It's an album with variety of African Port-Harcourt hits with melodious, vibes and lyrics that's not just sweet when listening to it but also educates, add value to lives and most especially songs to motivate the youth on the streets. I intend to use the album to speak to Nigerian youths to shun violence and embrace their God given talent'.

His debut album Koliwater was released in 2008, which was a commercial success. The 22-track album yielded popular songs such as “Ijeoma”, “Scatter My Dada”, “Ako Na Uche” and drew the attention of many music lovers across the country. His second studio album, Ahamefuna (Legacy), was released in 2010. The 15-tracks album with songs like “Obianuju” and “Port Harcourt son” brought him international fame and huge fan following. He received three nominations at the 6th Annual NEA Awards in 2011 and won the “Indigenous Artist of the Year”.