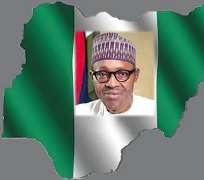 Nigeria is in recession. The confirmation came recently after the National Bureau of Statistics (NBS) in a report released last week stated that the Consumer Price Index increased from 16.5 per cent in June to 17.1 per cent in July this year. A total of 79.9 million Nigerians are said to be jobless just as inflation hits an all-time high.

Again, the finance minister, Kemi Adeosun, also confirmed the development and noted that the federal government was working hard to address the situation. This situation was crucial in the administration of sports as the funds meant for various competitions are always delayed or never released. Sports like Taekwondo, table tennis and boxing were affected during the qualifiers for the Olympic Games.

We recall that the athletes suffered neglect as government did not respond when they needed to participate in the qualifiers for the Olympic Games. Nigeria was not represented in the taekwondo event not only because of the crisis in the federation; we believe the ministry of sports should have saved the situation. This is so sad for a sport that earned Nigeria a medal at the 2008 Olympic Games in Beijing.

For the Olympic Games proper, the recession also affected Team Nigeria as funds for the games was released at the eve of the 31st Olympiad that took place between August 5 and 21 in Rio, Brazil. This denied the athletes the opportunity to embark on a training tour which government through the minister of Sports, Solomon Dalung promised them.

The training tour would have helped the preparation. We also confirmed that the money meant to transport the competition kits to athletes in Rio was not paid on time due to the late release of funds. At the games, the athletes were paid what they called 'equipment allowance' and three days to the end of the games, the kits arrived

. It was a shame that Team Nigeria competed in Rio with their personal kits. Let us clearly state that the delay in the release of Rio 2016 funds is not a good excuse for the poor performance of Nigeria at the games. Government has never released money on time for any event and may never do so due to the bureaucratic bottlenecks involved in getting almost anything done in the civil service in the country.

The ministry of sports should have been pro-active to source funds for the athletes to continue with their preparation for the games. At the 2012 event in London, Nigeria did not win any medal but four years later, the story is almost the same.

It was the U-23 football team that saved the situation with a hard-won bronze medal in Rio. Going forward, we want the ministry to look into sports funding beyond government. The private sector should be fully involved so that nobody will rely on government funds for preparation and participation in qualifying events of major meets.

Government could sponsor the competition proper while the private sector prepares the athletes for the competition. It is so sad that there is no sports policy in the country to guide ministers in their decisions especially as most of them do not have good background on sports.

There could be a template for multinational companies to sponsor one or two Grade A athletes or a federation for a particular competition. Again, there should be a Trust Fund for sports. The last we can recall about this was for sports and education and the ministry of sports does not have access to the money.

There should be a deliberate plan to take care of the needs of the athletes in terms of facilities, welfare, exposure and much more. Great Britain spent about four million pounds which is the equivalent of N1.6bn on each medal won at the Rio 2016 Olympic Games. They won 27 gold, 23 silver and 38 bronze medals at the games. Here is a country that won just one gold medal at the 1996 Atlanta Olympic Games to place 36th while Nigeria won two gold medals to finish 32nd on the table.

And 20 years after, Great Britain finished second on the table with 27 gold while Nigeria was 78th with only one bronze. We believe the Britons have worked so hard to get this far. To launch their kits for the games, it was a big party in London.

They were a shining example on and off the competition venues in Rio. Nigeria can imbibe the British model of using a Trust Fund to boost sports development in the next 10 year. This is one way we believe the current economic recession will not further hinder the progress of the various talented athletes we have all over the country.

The country is blessed with natural talents that have the potential to rule the world in their sports disciplines but getting our acts together to nurture them to stardom has been a big problem. Countries like Jamaica, Bahamas and now Great Britain have shown Nigeria that with hard work, fortune can change for good for the country in sports.